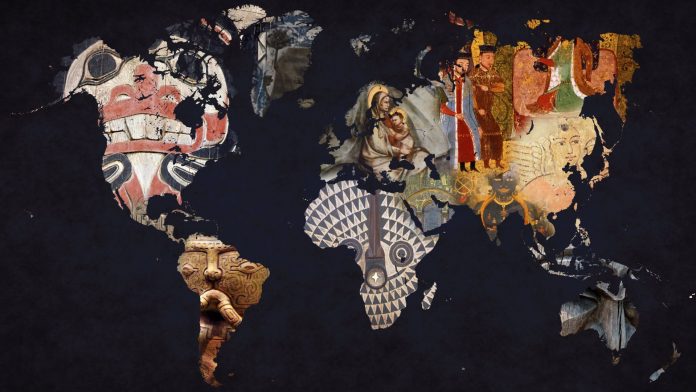 A recent global survey conducted by National Geographic shows that the worlds fastest growing religion is not Islam or Christianity, but no religion at all – atheism.

The study comes in conjunction with Nat. Geo’s new television series “The Story of God” starring Morgan Freeman which travels the world chronicling religious beliefs practiced by different cultures. With the global headlines dominated by the Islamic State, Islamic immigration throughout Europe/Africa and recent religious freedom laws passed in the United States, to the untrained eye it would appear that religion is as strong as ever – but you would be mistaken. In fact just the opposite is occurring and the age old paradigm of piety is quickly shifting.

The study refers to atheists as “religious nones” or people who do not follow or identify with any religion. According to the results, atheism is now the second largest religious affiliation in North America and the majority of Europe. In the United States alone approximately 22.8% of the population now identifies as atheist, up 6.7% from 2007. Furthermore, U.S. atheists now represent a larger portion of the population than Catholics, Protestants, and all other followers of non Christian faiths – such as Islam and Buddhism. This was not the case only a decade ago.

The study finds that France, New Zealand and the Netherlands are world leaders in secularism (the belief that people should be free from religious teachings) and these countries will soon have a higher population of atheists than any other religious affiliation. If the statistics continue to trend in the current direction, the study finds the United Kingdom and Australia will soon be joining these countries. As it stands presently, Australia and the UK are already on the brink of losing their Christian majorities. With the exception of Buddhism, China rounds out the list of world leaders hosting secular beliefs.

On the other side of the spectrum, no where on Earth is religion growing faster than it is in Sub-Sahara Africa. This portion of the world is simultaneously experiencing the highest levels birth rates and when you forecast the long term population boom expected from this region over the next 25 years, the research indicates the number of religious people coming out of this region may be enough to overtake the number of atheists produced around the world over the same period.

As for individual religious beliefs, Islam is significantly on the rise comparatively to any other religion, so much so that by the year 2050 Islam is anticipated to surpass Christianity as the worlds most popular religion.

Lastly the study finds that the millennial generation is leading the charge towards atheism, finding that the largest demographic of non-religious affiliated people on Earth is comprised of this generation. Extending the timeline outwards, approximately 11% of people are said to have been raised in secular, non-religious affiliated homes since 1970. The study also notes that a higher percentage of black people identify as religious comparatively to white people by a large margin – approximately 78% of all atheists are found to be white. As for gender, generally speaking females tend to be much more religious then males – approximately 68% of atheists are male.

The study also claims that there is direct correlation between religion and poverty levels. Essentially the poorer a country or community, the higher the population of religious people we find there. Those who come from wealth or privilege are statistically less likely to hold religious beliefs. Additionally the study finds that there is direct correlation between education and religion. The higher the level of educated someone obtains, the less likely they are to hold devout religious beliefs.