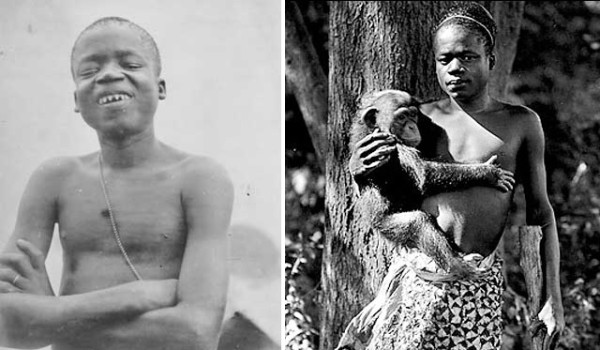 If you have not heard about the story of Ota Benga, we are telling it today. We are not telling Benga’s story to spark hatred. We are only reminding ourselves of some of the horrible things that have happened in the past, so that we will all join hands and say “Never Again,” should these things be repeated.

Benga was born around 1883 in the then Congo Free State, Africa. The Congo Free State is the modern day Democratic Republic of the Congo. The so-called Free State was ruled by the brutal Belgian leader, King Leopold II. Leopold had annexed the Congo as his private property, plundering the resources of the region with impunity. Besides looting resources, he instituted the Force Publique, a brutal forced labor system. The Force Publique forced the locals to produce rubber for Leopold. Many atrocities were committed during this time. It is estimated that more than 12 million people lost their lives through King Leopold’s hard labor policy.

Benga was a member of the Mbuti people. He and his people lived in the equatorial forests near the Kasai River. One day, when Benga had returned from a hunting expedition, he was faced with a terrifying scene. All his people, including his wife, parents and children had been massacred by the militia enforcing the Force Publique. Benga was lucky to survive; if he had been present when the militia attacked his village, he would have shared the same fate.

With this devastating blow, Benga decided to roam the forest alone. However, he was soon captured by slave hunters. The American businessman and explorer, Samuel Phillips Verner will later buy Benga from his captives with a pound of salt and a bolt of cloth. Verner had traveled to the Congo under contract from the Louisiana Purchase Exposition (St. Louis World Fair) to bring back an assortment of pygmies for an exhibition. A pygmy is a member of any human group whose average height is very short.

Therefore, when Verner saw Benga, he marked him as the perfect addition to the exhibition. Having bought Benga with those ridiculous items, Verner continued his search for more pygmies.

After getting the number he wanted, Verner shipped them back home. Verner took a special interest in Benga, due to his unique physical characteristics. Benga was considered more unique than the others because his teeth were sharp, which is said to be a tradition of his tribe. It was custom for the young men of the tribe to have sharp and pointed teeth.

With a height of four feet, eleven inches, and weighing just 103 pounds, Benga was ready to begin a very sad journey. Benga, together with others, was put on display. The exhibition showed real humans from a number of “exotic” ethnicities dressed in their native gear on a staged reproduction of their homes.

After the exhibition, Verner became even closer to Benga. Verner traveled with Benga to Africa, where he allowed him to marry for the second time. However, when Benga’s wife died of a snake bite, Verner took him back to America.

Verner got him a place to live at the American Museum of Natural History in New York, where he was “free to roam” until he threw a chair at Florence Guggenheim. He was then relocated to the Bronx Zoo as a punishment.

In 1906, 40 years after the abolishment of slavery, Benga was billed as the “missing link,” on display in the Bronx Zoo cage alongside a monkey. Crowds flocked to see Benga. While some of the visitors were entertained by the display, black activists became so infuriated they called for Benga to be released.

Benga was constantly put on display alongside the monkey. Soon, Benga became the most popular exhibit in the Zoo.

A disappointed and disgusted reader of The New York Globe wrote: “I lived in the south several years, and consequently am not overfond of the negro, but believe him human. I think it a shame that the authorities of this great city should allow such a sight as that witnessed at the Bronx Park — a negro boy on exhibition in a monkey cage.”

After receiving backlash in the media, the authorities were forced to free Benga. The Colored Baptist Ministers Conference protested and played a key role in Benga’s freedom.

Some black activists helped him move to Lynchburg, Virginia, where his teeth were capped and his name was changed to Otto Bingo. Benga was then made to attend school for a short time, until he felt his English was sufficient. Thereafter, he found employment at a tobacco factory.

As he began to live out his new life, he expressed his desire to return to Africa. However, due to the outbreak of World War I, this was not possible. The war prevented passenger ships from travelling.

Depression took over his life. Although he was free, he was still being sought after by those who wanted to catch a glimpse of him. He gave up all hope.

On March 20, 1916, Benga removed the caps from his teeth, built a ceremonial fire, and with a stolen gun, shot himself. He was buried in an unmarked grave in Lynchburg.

That is how our brother’s life ended. He had seen and experienced so many terrible things during his time on earth. Even as he sleeps soundly in his unmarked grave, the legacy he left behind still echoes in eternity.