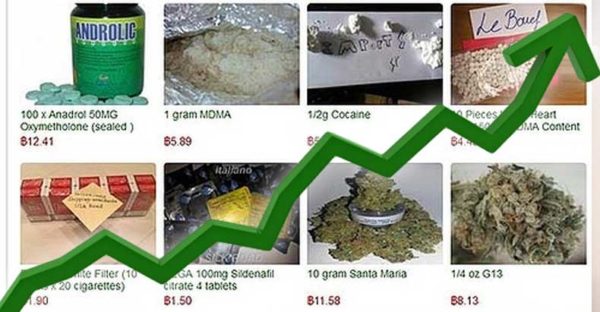 In October 2013, the United States Federal Bureau of Investigation (FBI) shut down the online black market known as Silk Road.

Silk Road was founded in February 2011 by the pseudonymous “Dread Pirate Roberts”; to sell illicit drugs to potential customers on the dark web using Tor and bitcoin whilst evading law enforcement officials.

During a crackdown on the website, FBI officials identified one computer programmer, Ross William Ulbricht as the person behind the dark website. He was arrested and charged with money laundering, computer hacking and conspiracy to traffic narcotics. Other charges were added, and Ulbricht was convicted by a Federal Court in Manhattan. He has since been sentenced to life in prison. It is said his sentence is without a possibility of parole. Having successfully nailed Mr Ulbricht to the cross, and taking down his website, law enforcement officials thought their effort on the so-called war on drugs, especially on the dark web, is succeeding.

However, in a new report published in early August, it has been revealed that drug sales on the dark web have tripled since Silk Road was shut down in 2013.

This new report was put together by RAND Corporation. RAND Corporation is an American nonprofit organization that helps improve policy and decision making through research and analysis.

The report found that within hours of the Silk Road takedown in 2013, there were several competitors that were already on the dark web who were ready to move in on the newly available business. According to the report, the new competition brought in, as a result of the takedown of Silk Road by the American government, has ensured a significant growth in the illicit trade of drugs on the dark web.

The Free Thought Project reports that the government takedown of Silk Road is just like the battle that took place between online file sharing websites and the global record and film industries. This is so because when ever the government took down a file sharing site, ten more would spring up in its place, making it very difficult for authorities to keep up with the ever-growing connectivity that the Internet provides.

“Cryptomarkets essentially work similarly to online eCommerce platforms, such as Amazon, but they require encryption software to access and payment in bitcoins. They are dominated by advertisements for illicit substances. The closure of Silk Road has not curbed the growth of these cryptomarkets, as more markets continue to be created and more illicit drugs are being bought online. This is despite several high-profile law enforcement interventions and exit scams by market administrators. Cryptomarkets are often online only for several months and users seem to be operating under the assumption that they could be closed at any moment,” Stijn Hoorens, associate director of RAND Europe explained in a press release after the report was published. Some people have argued that using Silk Road to buy and sell drugs is safer than the physical black market. Mr Hoorens said law enforcement officials will have to employ different methods in dealing with the trade in illicit drugs in the United States. He said: “The evidence on the full impact of cryptomarkets remains inconclusive. Some have argued that cryptomarkets reduce violence from the drug supply chain, but others believe that it may offer a new, often young, consumer base easy access to drug markets. Law enforcement agencies that try to curb these markets can use a combination of traditional surveillance operations, postal detection and interception during shipping, and online detection and tracking of the cryptomarkets.”

Some critics of the so-called war on drugs have capitalized on the report, lashing out at the United States government. These critics say the government is wasting money on a war that can never be won, since the root problems which make people wanting to use drugs are not addressed.

This article (Report: Drug Sales on the Dark Web Triple Since the FBI Shut Down Silk Road) is a free and open source. You have permission to republish this article under a Creative Commons license with attribution to the author and AnonHQ.com.