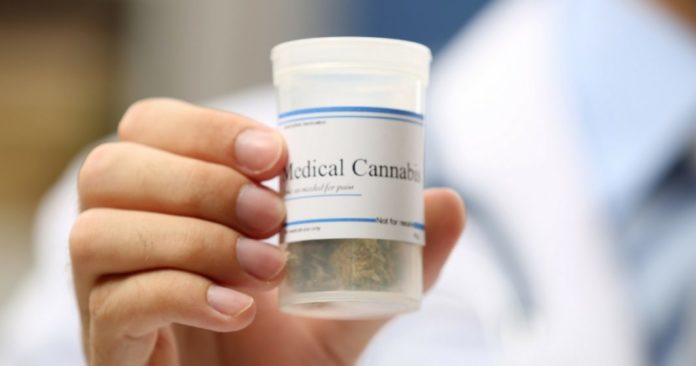 Another ground-breaking study has demonstrated that marijuana’s THC has the ability to break down the plaque that reduces memory in Alzheimer’s patients.

The exploratory laboratory experiments have pointed to the main chemical compound of marijuana as having the ability to remove the “intraneuronal Aβ” after it has been deliberately introduced into a nerve cell line through a “proteotoxicity model” to mimic neurodegeneration in the brain.

What researchers discovered was the ability for THC to block the inflammatory response as well as remove it, leading to their conclusion that by activating cannabinoid receptors, early detection of proteotoxicity – or the “accumulation of intracellular Aβ” – can be blocked, essentially stopping Alzheimer’s in its tracks.

Not only will this have far reaching benefits for those who suffer from early onset of Alzheimer’s, but those suffering similar neurological conditions such as Parkinson’s and Huntington’s disease may also benefit.

Researchers of the paper that was accepted into the journal NPJ this month, have said that most studies into these diseases focus on the later manifestations of the disease rather than the initial onset and changes in cell metabolism. It is these changes, they say, that lead to the nerve cell death.

It is also argued in the paper that if the removal of the proteins causing this disruption can occur, then life is extended. The paper reports in the abstract:

“As with the accumulation of intracellular proteins, central nervous system (CNS) inflammation is elevated with age and increases in disease.11As AD is associated with neuronal dysfunction, we hypothesized that proteotoxicity in nerve cells themselves may initiate an inflammatory response that can lead directly to their death and contribute to overall inflammation in the CNS. The following experiments identify the molecular basis of this inflammatory response using a human CNS nerve cell line that conditionally expresses Aβ.”

It is the derivatives of arachidonic acid that have piqued the researchers interest – which turns out to be “a component of a very large family of endocannabinoids (ECs) that are, in turn, metabolized to AA.”

They continue by describing that the cannabinoid receptors – CB1 and CB2 – are activated by EC arachidonoyl ethanol amide (AEA), which in turn blocks the Aβ accumulation and promotes MC65 survival – cells in the CNS nerve cell line that are responsible for these diseases.

“Age and chronic systemic inflammation are risk factors for many CNS diseases, including depression and Alzheimer’s,26 and the elevation of peripheral inflammation in old individuals frequently leads to cognitive decline.27 It follows that there is a complex interrelationship between nerve cell proteotoxicity, inflammation, aging and CNS disease.”

Overall, the researchers strongly conclude a link between THC and cell survival in the early stages of Alzheimer’s and possibly other CNS diseases, and are hopeful for further progress into this ground-breaking research.

“Despite these complexities, the data strongly suggest that early intervention via the reduction of intraneuronal Aβ proteotoxicity may reduce AD disease initiation or progression.”

This article (Researchers Discover Marijuana’s THC Blocks Damaging Proteins Causing Alzheimer’s) is a free and open source. You have permission to republish this article under a Creative Commons license with attribution to the author AnonWatcher and AnonHQ.com.