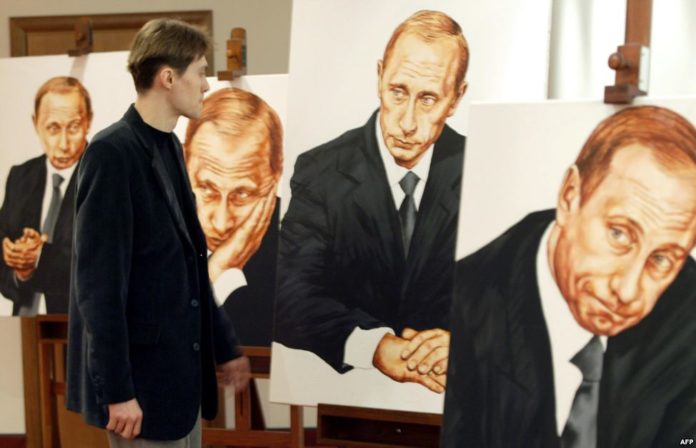 The Guardian published a remarkable article the other day, penned by Keith Gessen, a Russian-born American writer discussing the finer points of Russian rhetoric.

“Vladimir Putin, you may have noticed, is everywhere,” Gessen opens, and then follows with names of everyday articles published every week, “Putin’s Revenge” or ”The Secret Source of Putin’s Evil.”

The argument is: “Putinology” has become a necessary “enterprise” for the world; reminiscent of McCarthyism. Gessen doesn’t argue against western rhetoric, but points out the incomplete story, that 100 percent right or 100 percent wrong doesn’t exist. Gessen dissects the anti-Russia narrative, examines it under the magnifying glass and annihilates the hysteria, fearmongering and manipulation that follows the ‘Putinology’ territory.

The importance of dissecting the western media’s true intentions will oust the paranoia of western governments over foreign villains. Anti-Russia narratives and the fears over the Kremlin have actively sustained since the 1950s. Governments built up leaders to God-like positions, depicting them as ideological evils; Communism as diabolic with Devil-like qualities. Lately, the same depiction of “radical Muslims” has leeched into the mainstream propaganda. The necessity of this threat – portrayed as violent, ominous and perhaps all-powerful – supports the “war on terror.” Although al Qaeda is in no way a role model for sainthood, just like the Soviet Communists beforehand, only one side of the story is consistently portrayed.

The recent WikiLeaks’ leak – Vault 7 – is one example setting the anti-Russia propaganda in the correct context. Simply: the 2016 U.S. elections were rigged and swayed by Russians, due to Russian hacking, and thus, Trump won the elections.

Dare to open discussion that Clinton simply didn’t win because she didn’t win, and the assumption is thrown out as bogus.

The Vault 7 leaks, however, demonstrate a U.S. government guilty of the very accusations propagated against Russia for interfering in a foreign nation’s domestic federal elections. In this case, the U.S. government’s CIA infiltrated and spied on the 2012 French elections to further their own political agenda and foreign policy – mirroring current accusations against the Russians, but this one has hard evidence to support it.

Current media and government have failed to cover the WikiLeaks expose, with Julian Assange saying this information could change everything. The act of U.S. espionage against long-time ally France and its government extends to French companies and other policies.

The leak should change everything but undermining the anti-Russia rhetoric will occur as consequence; and has largely been ignored by mainstream media just as it would have at the height of McCarthyism.

“In the targeting of Trump, too many liberals have joined in fanning a neo-McCarthyite furor, working to discredit those who seek to deescalate U.S.-Russian tensions, and dismissing anyone expressing doubts about the charges of hacking or collusion as a Putin apologist,” The Nation’s Katrina vanden Heuvel said last week. “What we don’t need is a replay of Cold War hysteria that cuts off debate, slanders skeptics and undermines any effort to explore areas of agreement with Russia in our own national interest.”

Eventually, as Gessen points out, the theories put forward to support the anti-Russia agenda only defines our own “nervous breakdown,” telling as much about us [western society] as it does the media target of the decade.

As Gessen points out, nothing is as it seems and everything is only partially true. Vladimir Putin is no angel, but nor are those in the White House, past or present. The theories put forward to debunk Russia as a valid power must be held against the looking glass of American exceptionalism.

Nothing is as it seems.

“At no time in history have more people with less knowledge, and greater outrage, opined on the subject of Russia’s president,” Gessen concluded.

This article (The Anti-Russia Narrative Reveals More About Us than Them) is a free and open source. You have permission to republish this article under a Creative Commons license with attribution to the author AnonWatcher and AnonHQ.com.