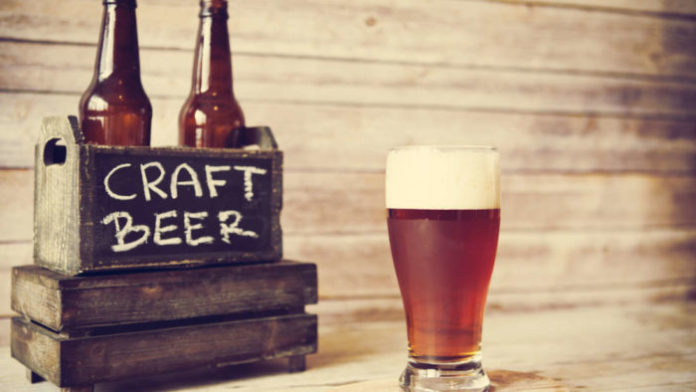 Beer is an alcoholic drink made from yeast-fermented malt, flavored with hops. It is the third most popular drink overall in the world, after water and tea. The production of beer is called brewing, which involves the fermentation of starches, mainly derived from the main ingredients used in brewing the beer. But researchers are now contemplating on whether using this process to brew beer would work in a hostile environment. This has led a group of researchers at the University of California in San Diego, United States, to announce their intentions to brew the first-ever beer on the Moon in a groundbreaking experiment.

According to the researchers, this weird experiment’s main objective is to explore how yeast behaves in lunar conditions. This would allow the researchers to know whether it is possible to develop pharmaceuticals and yeast-containing foods, like bread, in space, helping to make advancement in the field of medicine. The researchers will carry out their Moon experiment with the help of the TeamIndus spacecraft. TeamIndus is a for-profit aerospace research organization based in India. The organization is competing for the Google Lunar X Prize mission that was announced in 2007, which involves landing a robot on the surface of the Moon to travel 500 meters over the lunar surface, and also sending images and data back to Earth.

The research team is one of 25 selected from a pool of 3,000 to compete for a spot for its experiment aboard the TeamIndus spacecraft, which is set to launch on December 28, 2017, for the Google Lunar X Prize.

According to the details, the researcher team has designed a unique system to carry out the groundbreaking experiment. First, the malt and water will be mixed together. The mixing of the malt and water will be done on Earth. The mixture is then placed in a special fermentation vessel. The vessel is only the size of a soda can. Then, the vessel will combine the fermentation (turning the sugar to alcohol) and carbonation (adding the bubbles to beer) stages, which are usually done separately, to avoid releasing any carbon dioxide on the spacecraft. “Our canister is designed based on actual fermenters. It contains three compartments – the top will be filled with the unfermented beer, and the second will contain the yeast. When the rover lands on the moon with our experiment, a valve will open between the two compartments, allowing the two to mix. When the yeast has done its job, a second valve opens and the yeast will sink to the bottom and separate from the now fermented beer,” explained Srivaths Kaylan, the research team’s mechanical leader.

The researcher team’s operational leader, Neeki Ashari, also a bioengineering student at the University of California in San Diego said the experiment offers an opportunity for researchers to fully explore yeast fermentation in space.

“The idea started out with a few laughs amongst a group of friends. We all appreciate the craft of beer, and some of us own our own home-brewing kits. When we heard that there was an opportunity to design an experiment that would go up on India’s moonlander, we thought we could combine our hobby with the competition by focusing on the viability of yeast in outer space,” Ashari explained in a statement. Although this is the first attempt in trying to make alcohol on the Moon, it isn’t the first time alcohol has been sent to space. After the success of the Apollo 11 mission in 1969, which became the first space mission to land humans on the Moon, it was later revealed that one of the crew members – Buzz Aldrin – sent a communion wine and bread onto the lunar surface. Mr Aldrin later confirmed this to the media after safely returning to Earth.

This article (Researchers Hoping to Brew First-Ever Beer on Moon in Groundbreaking Medical Experiment) is a free and open source. You have permission to republish this article under a Creative Commons license with attribution to the author and AnonHQ.com.