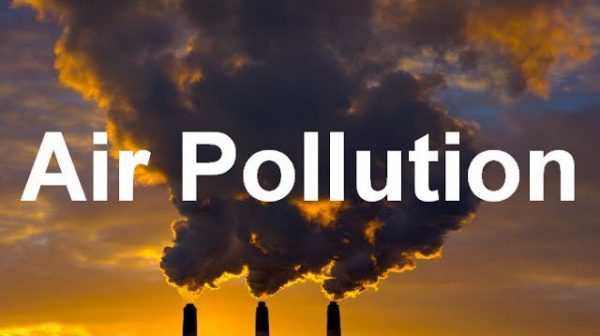 The recent mass development in renewable technologies has showed that it is sustainable, more so than our traditional sources of energy.

The World Health Organization (WHO) has released a new disturbing report, revealing that nine out of ten people living on our planet breathe lethal, polluted air. The report is based on 2012 figures, which are the most recent available. It is said that the report represented the most detailed study ever released by the WHO. According to the WHO, 92% of the Earth’s population lives in places where air pollution exceeds WHO limits. This results in deadly diseases such as lung cancer, heart disease and strokes, among others.

The WHO said outdoor pollution causes about three million deaths every year across the world. It said south-east Asia and western Pacific regions account for nearly two out of every three such deaths. In developing countries, the WHO said the situation is “getting worse.” It is said nearly 90% of air pollution-related deaths occur in low and middle income countries. The WHO also revealed air pollution is linked to one in every nine deaths in the world.

By continents, the report said North America is doing better than Europe, mostly because Europe depends more on diesel fuel and farming practices that create ammonia and methane. According to how the report was put together, WHO researchers analyzed combined satellite measurements, as well as more than 3,000 monitoring stations on the ground with air transport models. The air quality model used in the data measures the smallest particles, less than 2.5 micrometres across, which can enter the bloodstream and reach the brain.

According to WHO officials, renewable energy such as wind, solar, geothermal, and others have the potential to mitigate the challenges the world is facing, regarding air pollution. Renewable energy is clean, and results in little to no greenhouse and net carbon emissions. Also, it does not deplete natural resources, and also has no waste products of Co2. This contributes to improving air and environmental quality.

This article (WHO Reveals 9 out of 10 people on Earth Breathe Polluted Air, Admits Renewable Energy is the Way Forward) is a free and open source. You have permission to republish this article under a Creative Commons license with attribution to the author and AnonHQ.com.