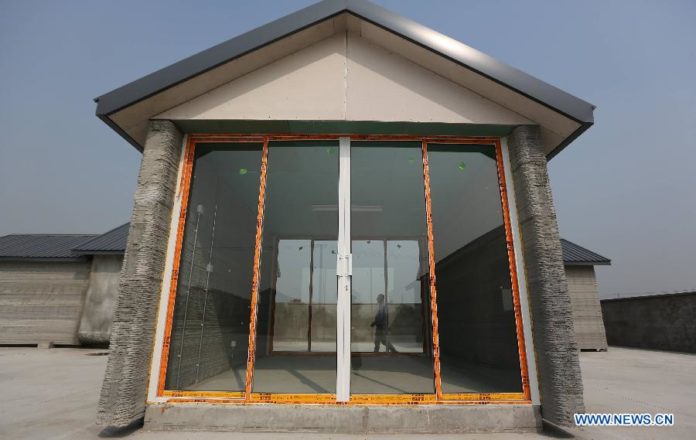 
To remedy the housing crisis, as well as the increasing demand for economical and sustainably-produced living spaces, many architects are experimenting with 3D printing.


One such designer is Ma Yihe, the owner of the private firm WinSun. According to BBC News, WinSun managed to produce 10 full-sized, detached single-story houses in just ONE day – a monumental achievement.

Based in China, the company used four 10m x 6.6m printers to spray a mixture of cement and construction waste to build the walls, layer by layer.

The energy efficient buildings, as reported by Xinhua news agency, can be produced for as little as $5,000 due to the lack of manual labor and cheap (as well as recycled) materials.

The innovative designer hopes that one day in the future, 3D printers will be used to construct skyscrapers. His ambitions will have to wait, however, as Chinese construction regulations do not presently allow multi-storey 3D-printed houses.

According to the news source, the 3D printers aren’t yet versatile enough to manage the task of applying roofs, so that aspect must be carried out be a team of workers.

On a positive note, the company intends on producing the cost-effective houses as a method for modernizing poor housing conditions in Chinese villages. While the technology will no doubt be improved upon in the future, the potential it already lends is exciting.

3D printed housing – according to some – is the kind of technology destined to fuel the advancement of mankind in a sustainable way. Already, the method is being used for manufacturing everything from jewelry and furniture to living, printed gardens.

This article (Revolutionary 3-D Printer Can Build 10 Houses In 24 Hours, And For Only $5,000 Each!) is free and open source. You have permission to republish this article under a Creative Commons license with attribution to the author and TrueActivist.com