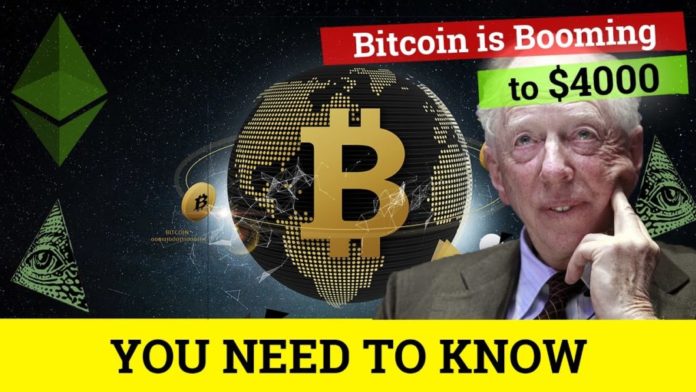 Filing at the United States Securities and Exchange Commission (SEC) has revealed that Rothschild Investment Corporation has diversified into cryptocurrencies and purchased Bitcoin via the GBTC (Bitcoin Investment Trust) investment vehicle. The Rothschild family now owns $210,000 worth of GBTC.

According to analysts, this move by Rothschild to diversify into cryptocurrency should not come as a surprise given the widespread and increasing support of Bitcoin among institutional investors and hedge funds.

The cryptocurrency market, especially Bitcon, is growing stronger each passing day. In June, Bitcoin reached a high of $3,018. But recently, it dropped below $2,000 before rebounding to over $2,300 in the middle of July. Currently, Bitcoin price index stands at $2,384.

Fundstrat’s Tom Lee has dubbed the currency “the new gold,” claiming that a value of $55,000 is possible by 2022 in the most bullish scenario.

If you buy #bitcoin today. You are still an early adopter.

Recently, John McAfee, founder of the antivirus software company which bears his name, vowed to eat his penis on national television if Bitcoin value does not rise above $500k by 2020. This means McAfee must pray for an increase of 22,636 percent in Bitcoin in the next three years in order to save his manhood.

if not, I will eat my dick on national television.

If you want to support our work, you can donate us Bitcoins or Altcoins here: Donate