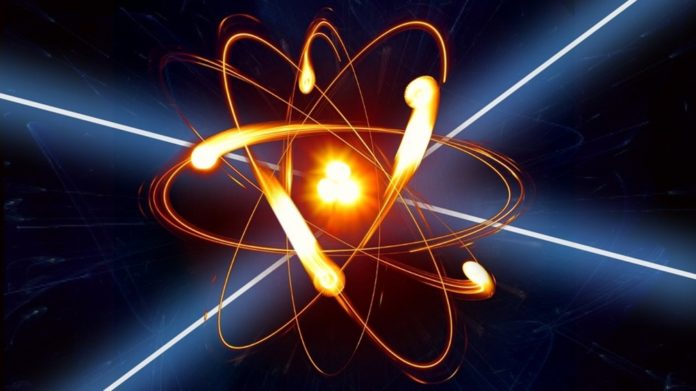 Can you turn lead into gold? Under nuclear transmutation, it is easier to turn gold into lead than the other way around. Although nuclear experiments have earlier transmuted lead into gold, the expenses far exceeded any gain. However, a team of Russian theoretical and experimental scientists have discovered a revolutionary technology to transmute chemical elements biochemically — without nuclear reactors, without cyclotrons, without enriched Uranium and without heavy water. Although Tamara Sakhno and Viktor Kurashov were just trying to figure out how to fuel a spacecraft using any element found in space, their discovery has the potential to turn lead into gold — without harming the environment. Their technology and results are confirmed by the Russian Patent Office (Rospatent).

Sakhno and Kurashov’s cost-effective technology uses simple elements such as uranium, thorium ore, and radioactive nuclear waste, to obtain valuable elements and isotopes used in bulk. These isotopes are used in energy, health care, and the aviation industry such as francium, radium, actinium, protactinium, americium, berkelium, californium, and other isotopes. During a press conference held in Genev, Kurashov explained the technology and the process in brief:

“The first component used in the process is ore, or nuclear waste. The second component of the process is valuable valency metals such as vanadium, chromium, manganese, iron, cobalt, nickel, copper, zinc, and others. Either of these will do, but we tend to use iron as the least costly element. The third component and a factor in this process is bacteria.

“Now about the technology itself: ore, or nuclear waste (there’s no difference) is processed by bacteria in the presence of valuable valency elements in a closed vessel. The transmutation process kicks off immediately, and proceeds stage by stage for two or three weeks until target elements are obtained. But if it is not stopped on time, this process would carry on until stable isotopes are obtained as the end product.”

At present, Sakhno and Kurashov are looking to present their revolutionary technology to potential partners in Europe and the United States. Their patent claims:

The consequences of Sakhno and Kurashov’s mind-blowing discovery are immense: Their technology can provide access to new sources of energy and medicines; make most advanced nuclear medicine technologies available to a wide range of people; revolutionise space exploration; and open up brand new industries that will have enormous humanitarian implications. However, Covert Geopolitics is skeptic:

“There’s no doubt that there will be a creative explosion all over the planet when all of these technologies and equipments are made available on the market soon. When there’s an oversupply of any element, naturally the price of that element will go down to the point of insignificance, the anathema to the scarcity based economic system that we are forced to swallow.

“Besides its scientifically groundbreaking significance, the conference was also held in the headquarters of the global banking industry and political epicenter of the West, which should repel all notion of it being just a mere Russian propaganda, or that turning iron or lead into gold is not fringe science at all, but real and replicable, and the technology to do it is officially available to the world.

“In the final analysis, the full utilization of all scientific discoveries could make all conventional institutions, e.g. educational, banking and finance, religion, and even the police and military, obsolete.”

This article (Russian Scientists Develop Technology to Transmute Chemical Elements Using Bacteria) is a free and open source. You have permission to republish this article under a Creative Commons license with attribution to the author and AnonHQ.com.