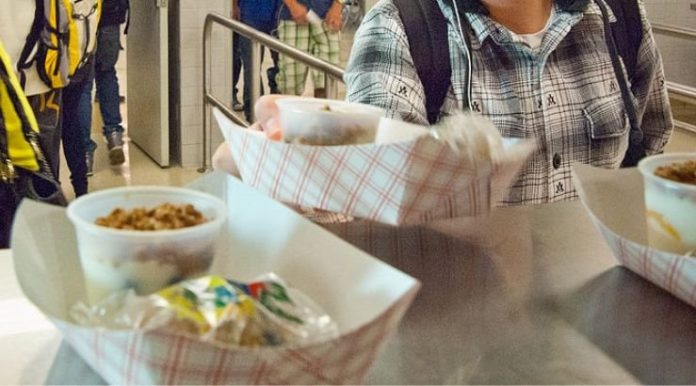 (TMU) — A school district in Pennsylvania has warned parents that their children could end up in foster care if overdue school lunch bills aren’t paid.

About 1,000 parents in the Wyoming Valley West School District received letters outlining the new policy, leading to complaints from parents and the community.

The letter indicates that the unpaid bills may lead to dependency hearings and ultimately the removal of the children for interfering with their “child’s right to food.”

“You can be sent to dependency court for neglecting your child’s right to food. The result may be your child being taken from your home and placed in foster care.”

The school district is short $20,000 in unpaid fees and has been unsuccessful in getting them paid through the usual means, resulting in this new drastic attempt.

After parents lodged complaints about the letter and the policy it outlines, district officials announced plans to send out another less threatening letter next week.

Luzerne County child welfare authorities have also responded to the district. In a letter calling the district’s actions troubling, the county manager and the child welfare agency director have both told officials to stop making false claims. The letter goes on to claim the district is misrepresenting how the Children and Youth Services Department and the foster care program operate.

“Hopefully, that gets their attention and it certainly did, didn’t it? I mean, if you think about it, you’re here this morning because some parents cried foul because he or she doesn’t want to pay a debt attributed to feeding their kids. How shameful.”

As this attempt to bully parents into paying fees appears to be failing before it even got started, the school district plans to pursue other avenues, including legal—like placing liens on property.

Thankfully, the district will qualify for funding for free school lunches for the upcoming school year and won’t be serving students with delinquent accounts peanut butter and jelly sandwiches after legal advice warned against doing so.