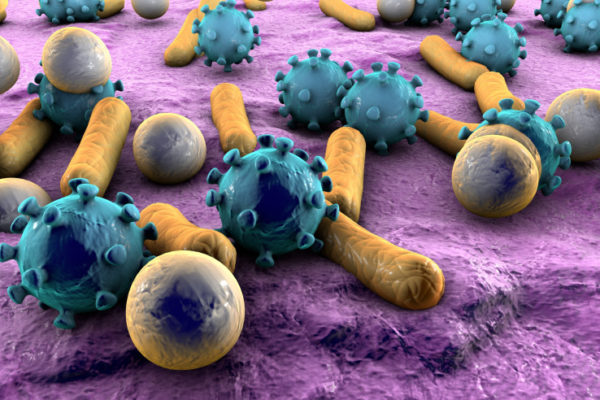 Researchers from Oxford University have announced in a new study, a discovery of the movement of bacteria that could be used to provide a power source for small electronic appliances, such as mobile phones.

The research team used a virtual prototype, demonstrating how the natural movement of bacteria could be harnessed to turn cylindrical rotors and provide a steady power source.

According to the study, the process involves the turning of cylindrical rotors that are self-organized. A rotor is a moving component of an electromagnetic system in the electric motor, electric generator or alternator. Its rotation is due to the interaction between the windings and magnetic fields that produce a torque around the rotor’s axis. However, this study has found an alternative to this process. The study showed that the swarming effect of bacteria can be arranged into biologically driven power plants, similar to mini wind farms. The study has been published in the journal Science Advances.

The process is simulated by a suspension of bacteria swimming around microscopic rotors. The researchers revealed the Escherichia coli bacteria were commonly used in the study. The Escherichia coli are a gammaproteobacterium commonly found in the lower intestine of warm-blooded organisms.

The researchers explained in the study that they released the bacteria around microscopic rotors, which stimulated them to swim together. The researchers described the result of the action as active turbulence. According to the researchers, their discovery could potentially map the way for powering smart phones and other small electronic devices. Co-author of the study, Tyler Shendruk was quoted by Tech Crunch that “The most exciting thing is that the system organized itself. We didn’t have to engineer fancy gear-shaped rotors, they were just smooth discs.”

The researchers said the major challenge faced during the study, was how to get the bacteria to arrange orderly. According to the researchers, when they pinned a single freely rotating disc in a simulation of active turbulence, the results were not good. However, when they placed an entire array of rotors in active turbulence, the bacteria were able to organize orderly.

“When I saw the array of rotors each rotating in the opposing direction of its neighbors, I thought What on earth? Oh, that’s cool,” Shendruk said.

The research team discovered that as long as the rotors were close enough together, every single rotor in the simulation permanently obeyed the pattern. However, the system produced the tiniest imaginable amount of power.

Shendruk revealed that using their invention currently, to charge an entire mobile phone, is not possible due to the low level of power it generates. “To give an idea of just how small the amount of work we’re talking about is, let me say that a previous work on a microscopic gear in a bacteria swarm was estimated to give 1 femtowatt,” Shendruk said.

Nevertheless, the researchers said their study is just the beginning. They revealed that they are still conducting further studies on the findings of the study.

The researchers concluded that they strongly believe that their study could someday be the microscopic engine for man-made devices that are self-assembled and self-powered such as optical switches, smart phone, microphones and other small electronic appliances.

This article (Scientists Discover Bacteria ‘Wind Farms’ Could Power Electronic Devices in New Study) is a free and open source. You have permission to republish this article under a Creative Commons license with attribution to the author and AnonHQ.com.