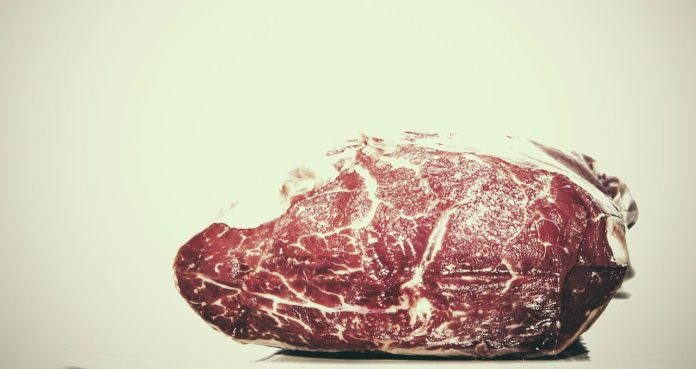 Until recently, the reason WHY red meat causes cancer hasn’t been understood. But this breakthrough changes everything…
Many people grew up being urged to eat pork, beef, and dairy products for their health, but in recent years have received advice to cut back on animal products – especially red meat.

According to a number of studies, the consumption of red meat is linked with increased risk for cancer(s), atherosclerosis (heart disease), stroke, Alzheimer’s, and even Type II Diabetes…  But until now, researchers have not exactly understood why.

As The Telegraph reports, scientists from the University of California in San Diego believe it mainly has to do with sugar.

While humans, as omnivores, can tolerate eating meat (and have been doing so for many years, but not in the quantity witnessed today) there is unique sugar named Neu5Gc, found in most mammals but not in humans, that triggers an immune response which causes inflammation.

Mice were used for the study which found that all the evidence linking Neu5Gc to cancer was circumstantial or indirectly predicted from experimental setups. According to the scientists, this is the first time they mimicked the exact situation in humans through feeding non-human Neu5Gc and inducing anti-Neu5Gc antibodies. This increased spontaneous cancer in mice.

This sugar can be found in red meats (pork, beef, and other livestock), cow’s milk and certain cheeses. Because the human body is not capable of producing this sugar naturally when the sugar is absorbed into the tissues, it is perceived as a foreign invader and activates the immune system. It is suspected that over time, the chronic inflammation caused by the immune system response plays a role in the development of cancer.

Thus, those who consume red meat on a regular basis are likely to suffer a stronger reaction than those who ingest red meat occasionally.

Thankfully, great alternative foods exist to satiate your desire for a juicy hamburger. For example, the ‘Impossible Burger’ is renowned as one of the best ‘veggie burgers’ available, and there are great ways to make your own plant-based burgers at home.

In conclusion, it seems clear that those who limit their intake of red meats are assured a healthier – and less inflamed – life.

This article (Scientists Have Finally Discovered Why Consuming Red Meat Causes Cancer) is free and open source. You have permission to republish this article under a Creative Commons license with attribution to the author and TrueActivist.com