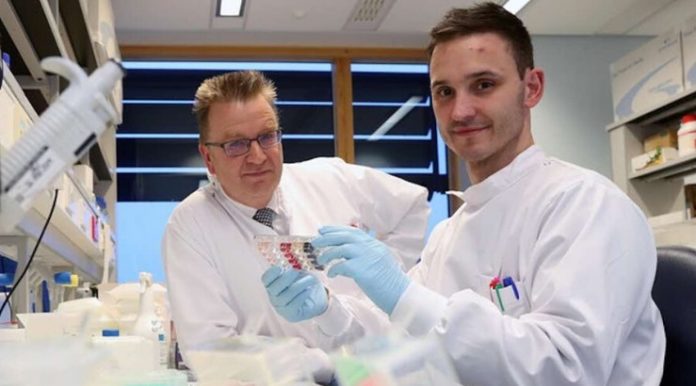 Researchers at Cardiff University were in the midst of analyzing blood from a bank when they accidentally stumbled into an “entirely new type of T-cell.” The new cell carries a “never before seen” type of receptor that acts like a grappling hook, latching on to most human cancers.

Prior therapies, called CAR-T and TCR-T, which use immune cells to attach to HLA molecules on cancer cells’ surface, are incapable of fighting solid tumors, the article notes. HLA molecules vary in people, but the new therapy instead attaches to a molecule called MR1, which does not vary in humans. This gives the therapy a chance of fighting most cancers.

It also means people could share the treatment, which could allow banks of cells to be stored and offered quickly, as needed.

“In summary, we describe a TCR that exhibits pan-cancer recognition via the variant MR1 molecule, and, by equipping patients with melanoma T cells that lacked detectable cancer reactivity with the MC.7 G5 TCR, we rendered the T-cells capable of killing autologous melanoma.” 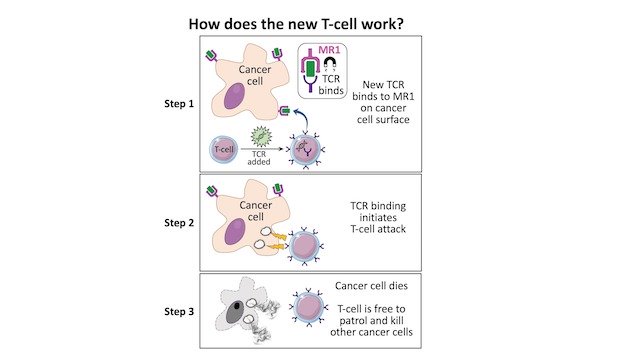 What does that mean? It means it works. Additionally, T-Cells of skin cancer patients altered by the treatment were capable of killing the patient’s cancer cells and other patients’ cancer cells as well.

The lead author on the study, Andrew Sewell, said: “This was a serendipitous finding, nobody knew this cell existed. Our finding raises the prospect of a ‘one-size-fits-all’ cancer treatment, a single type of T-cell that could be capable of destroying many different types of cancers across the population. Previously nobody believed this could be possible.”

“This new type of T-cell therapy has enormous potential to overcome current limitations of CAR-T, which has been struggling to identify suitable and safe targets for more than a few cancer types,” said Professor Oliver Ottmann, Cardiff University’s Head of Haematology.

Trials on terminally ill patients could start as soon as November. 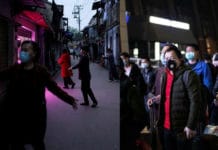