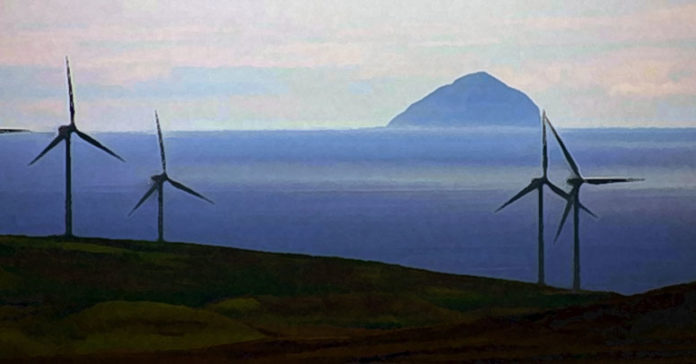 The Scottish Parliament voted to ban fracking countrywide on Wednesday, making a moratorium on the controversial technique a permanent affair.

Scotland — In one fell swoop, Scotland banned fracking — permanently — when parliament narrowly voted in favor of cementing the country’s temporary moratorium on the controversial practice.

With the original intention of conducting full health and environmental impact assessments before continuing with all unconventional oil and gas extraction — including fracking — Scotland implemented a temporary halt to all such procedures in January 2015.

Members of the ruling Scottish National Party abstained from the vote, which passed 32 to 29, though SNP Energy Minister Paul Wheelhouse claimed the government remains “deeply sceptical” of fracking and none would be allowed to proceed unless distinct evidence proved the practice ‘causes no harm,’ the Guardian reported.

Scottish Labour Party environment spokesperson, Claudia Beamish, said following the vote, “The SNP government must now clarify whether or not they will respect the will of parliament and introduce an outright ban on fracking. It would be outrageous for this important vote to be ignored.”

While ignoring the will of lawmakers could potentiate serious divisions — and, as the Guardian noted, represents a “significant defeat” for the new parliament — SNP has no explicit obligation to follow the non-binding vote.

“There is no doubt about the science,” Beamish continued, “to meet our climate change goals and protect our environment we need to develop low carbon sources of energy, not another fossil fuel. Labour’s position is clear: no ifs, no buts, no fracking.”

Opposition Conservative Party members expressed frustration over the fracking defeat, as the unconventional extraction method could boost jobs and the country’s economy.

In sharp contrast to the vote in Scotland, the U.K.’s North Yorkshire County Council recently gave the go-ahead to resume drill tests for shale gas — after five years of being frack-free — despite significant protest.

Friends of the Earth and Frack Free Ryedale issued a joint “People’s Declaration” condemning the decision, which stated, in part:

“We, as people united across Yorkshire and across Britain, declare that we remain opposed to fracking in Yorkshire, in Britain, and across the world. We know that fracking carries serious risks to local people, to our health, our water, our wildlife, and contributes to climate change.”

“We are extremely disappointed that North Yorkshire County Council has not listened to the overwhelming wishes of the locally elected representatives of Ryedale and local people and has approved Third Energy’s application to frack our county.”

“This decision is not in our name.”

On the Scottish vote, Lothian MSP and Land Reform spokesperson for the Scottish Greens, Andy Wightman, introduced a successful amendment calling for “radical and ongoing reform to democratise land.”

Following the vote, he said, “With the notable exception of the Tories, there is clearly an appetite for radical land reform in this session of parliament and tonight’s vote puts the pressure on government to deliver on that expectation” the Guardian reported.

“Activists within the SNP agitating for bolder action on land reform should question their party’s decision in chamber today.”

This article (Scotland Just Banned Fracking Forever) is free and open source. You have permission to republish this article under a Creative Commons license with attribution to Claire Bernish and theAntiMedia.org. Anti-Media Radio airs weeknights at 11pm Eastern/8pm Pacific. If you spot a typo, email [email protected].