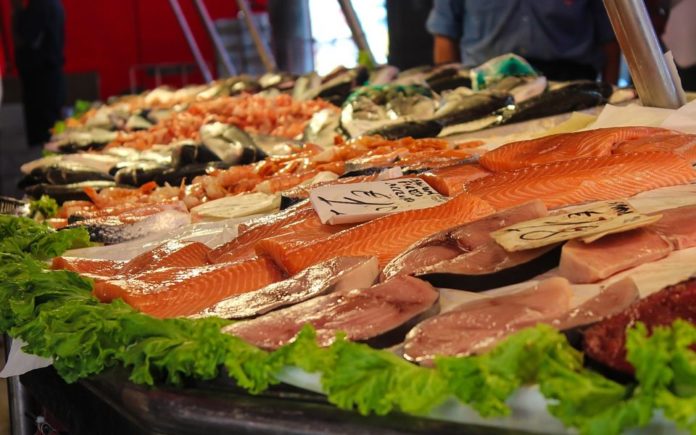 81 drugs and personal-care products were detected in the flesh of salmon caught in the Puget Sound.

Salmon is purported to be one of the healthiest foods due to its high omega-3 content, protein, and essential fatty acids, but if the fish is obtained from the Puget Sound, it is anything but healthy.

According to a recent study, up to 81 drugs and personal-care products were detected in the flesh of salmon caught in the Puget Sound. Some of the drugs include Prozac, Advil, Benadryl, Lipitor, and even cocaine. The Seattle Times reports that the levels are believed to be so high because either people in the area use more of the drugs detected, or because waste water plants are unable to fully remove the chemicalsduring treatment. Another theory is that leaky septic tanks are contributing to the problem, as high fecal coliform counts were detected.

“The concentrations in effluent were higher than we expected. We analyzed samples for 150 compounds and we had 61 percent of them detected in effluent. So we know these are going into the estuaries.”

Samples were gathered over two days for the study, and both migratory juvenile chinook salmon and resident staghorn sculpin were tested. Chemicals were found not only in the tissue of the fish but in the water. And, the researchers suggest, it is likely the study underreports the amount of drugs in the water close to outfall pipes, or in deeper water.

Intriguingly, the researchers are not concerned about the effect the cocktail of drugs will have on the humans who eat the fish, but they are concerned about how the chemicals are affecting wildlife. Reportedly, Meador’s other recent work has shown that juvenile chinook salmon migrate through contaminated estuaries in Puget Sound and die at twice the rate of fish elsewhere. That seems like cause for concern.

Unfortunately, it not likely the contamination will let up. According to one study, 97,000 pounds of drugs and chemicals could be entering the Puget Sound each year.

Like the issues of plastic pollution and reckless carbon output, this conundrum is a man-made problem that requires human involvement and attention to remedy.

This article (Seattle-Caught Salmon Found To Contain Cocaine, Antidepressants, And Pain Relievers) is free and open source. You have permission to republish this article under a Creative Commons license with attribution to the author and TrueActivist.com