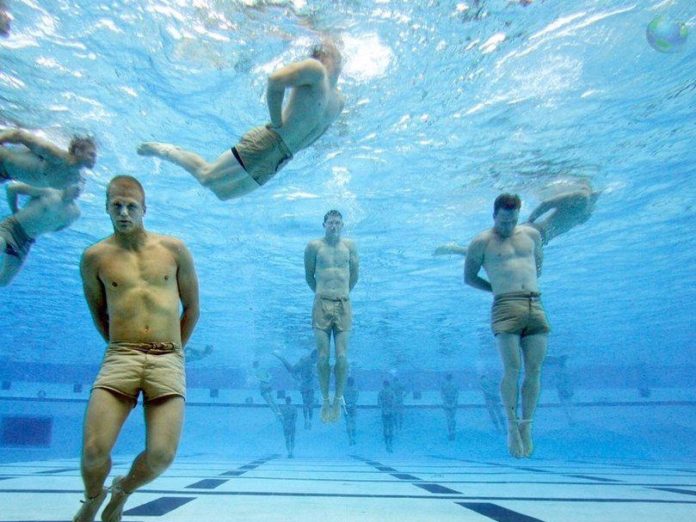 Drowning is the third leading cause of unintentional injury-related death worldwide, accounting for 7% of all injury-related deaths; an estimated 372, 000 people die across the world due to drowning every year, says the World Health Organization. The respiratory impairment in water, or drowning, is the second major cause of unnatural deaths in India. According to Centers for Disease Control and Prevention, drowning ranks fifth among the leading causes of unintentional injury death in the United States.

However, most of these statistics and data can be changed, and many lives can be saved, if you practice a few easy skills and share the tricks with others. Clint Emerson, who served in the United States navy for 20 years, explains how to survive a drowning attempt in shallow water or in a rough sea if your hands are tied, in his book 100 Deadly Skills: The SEAL Operative’s Guide to Eluding Pursuers, Evading Capture and Surviving Any Dangerous Situation. The hands on, practical survival guide is adapted for civilians from actual Special Forces operations. He writes:

“When an operative is captured in hostile territory, the odds of survival are low. Instead of being taken to trial, he will likely simply be made to “disappear” — which is why operatives practice escaping while wearing undefeatable restraints on hands and feet, both in water and on land. Tied up, thrown into open waters, and left to drown to death, the well-trained operative still has recourse to a few skills that can help extend his life until he is found or reaches solid ground.”

Emerson recommends taking deep inhaling breaths and exhaling quickly. The best chance of surviving death by drowning, he says, is controlled breathing, as lungs full of air make the body float better. The other tricks to escaping being held under water include the sinking and bouncing approach, full body rotation, and a relaxed mind.  He explains:

“When it comes to self-preservation in water, the key to survival is breath control. With the lungs full of air, the human body is buoyant — so deep breaths and quick exhales are key. Buoyancy in freshwater is more challenging but still achievable. Panicking, which can lead to hyperventilation, is the number-one enemy to survival.

“Restraints and body positioning may make breathing a challenge, but repositioning is always within the Nomad’s grasp. In shallow waters, use a sinking and bouncing approach (see diagram below) to travel toward shore, ricocheting off the seabed or lake floor up to the surface for an inhale.

“When facing down, whether floating in place or using a backward kicking motion to swim to shore, the operative should arch his back in order to raise his head above water. In rough seas, this may not give him enough clearance to get his head out of water. Instead, a full body rotation will allow him to take a deep breath and then continue travelling forward.” This article (Secrets from Navy SEAL: How to Escape Drowning with Your Hands Tied) is a free and open source. You have permission to republish this article under a Creative Commons license with attribution to the author and AnonHQ.com.