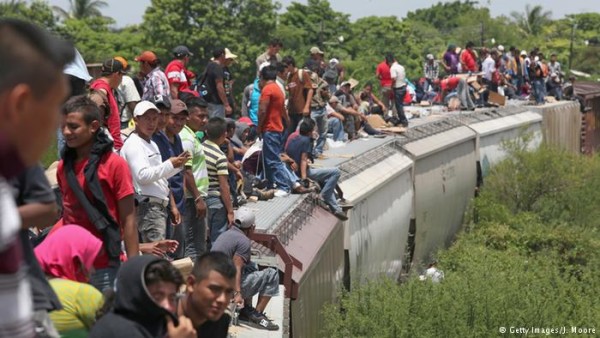 The Rio Grande is one of the principal rivers in the southwest United States and northern Mexico. Originally, the river rises from south-central Colorado in the US and flows into the Gulf of Mexico.

According to the International Boundary and Water Commission, the total length of the river is estimated to be around 3,051 km. Along its course, Rio Grande forms part of the Mexico–US border. Vast stretches of the river divide the Mexican states of Chihuahua, Coahuila, Nuevo León, and Tamaulipas from the US state of Texas. This forms the natural border between Mexico and the US.

Over the years, border issues, which are directly tied with immigration, have been a highly contested issue in the US. Whereas some Americans believed that erecting fences and walls on the border with Mexico will prevent illegal activities, such as the drug trade and human trafficking, others are of the opinion that fortified fences and walls are waste of time and resources – ineffective of dealing with problems associated with immigration. Some politicians have waded into the debate. The Republican Party nominee hopeful, Donald Trump came under heavy public criticisms when he made the unpalatable comment regarding the immigration issue on the border with Mexico. As the debate goes on, the existing fences and walls on the border between the two countries are deterring peaceful migrants who want to enter the US because of lacking economic opportunities, or volatile personal security situations in their respective countries. These migrants are not necessarily Mexicans; some are from Central and South America, the Caribbean, and sometimes Africa. Take note that some of the football fans who traveled from Africa to watch the 2014 FIFA World Cup in Brazil, have either sought asylum in Brazil or continued their journey to seek greener pastures in the US via Mexico.

Before these migrants can enter the US, they must first cross the border, and because they don’t have permits allowing them to cross, they resort to using clandestine methods. The best way therefore becomes using the Rio Grande valleys to illegally cross into the US. However, this is extremely dangerous. Migrants need to walk long distances; swim or cross the river with small overcrowded and weak boats. It mostly ends in disaster for these unfortunate migrants. If migrants attempt to cross via Rio Grande and die, their case goes unreported. There will be no journalist in the forest to follow up and report their plight. However, as part of a special report by the German International Broadcaster – Deutsch Welle, a journalist was sent into the forest to have a firsthand experience of the situation in Rio Grande.

In one of the obscured valleys outside the city of McAllen, a main entry points for migrants was detected. On hot summer days, temperatures can soar to over 40 degrees Celsius; the best period of the year for migrants to cross. Because the area is an illegal crossing point, drug cartels operate frequently leading sometimes to migrants and local farmers in the area becoming victims of cartels violence.

To even worsen the situation, both the state and the federal governments are not resourcing security personnel in the McAllen crossing point to protect local farmers, or help migrants, when they are under attack from the criminal gangs. Local famers in the area have employed a private security network, International Security Agency (ISA), to patrol the area in order to protect them from cartels, and also rescue migrants when they are under attack from organized crime in the area. “The United States is founded by immigrants. I am not against immigration. But we have to find ways to control who enters our country. We monitor the areas that we are responsible for with photo and infrared technology. The system is fully automatic and sends signals when something happens. You have to know where they are. You don’t have to guess. The official border control isn’t able to offer this protection, because there is neither enough staff nor adequate, up-to-date equipment,” senior security official of ISA-Jose Cruz told Deutsch Welle in an interview at one of the deadly zones.

Mr Cruz also admitted that migrants are not the problem. He said the drug cartels have made the area a dangerous zone for border officials, famers and migrants. As Mr Cruz was still granting the interview to the journalist, they heard gunshots. Mr Cruz explained the gunshots. He said “These are not regular immigrants. These are the cartels. They try to scare the border controls and clear the space for their operations.” It has been reported that cartels will capture migrants and keep them in camps in the forest. Migrants who are unable to pay the cartels are left in the camps for many months with limited food and water. Those who cannot cope with this inhuman treatment end up committing suicide. Those who are lucky, are sometimes saved by security officials such as Mr. Cruz. Countless innocent migrants have perished in the Rio Grande crossing.

Kimberly Rivera, a migrant who traveled from Honduras with her two kids, and attempted to cross into the US via Rio Grande along the McAllen valleys, narrated how she and her kids suffered in a camp operated by cartels, when they were taken hostage for many months. Kimberly and her kids were luckily saved by security officials in the area. “We were thirsty and didn’t get enough to drink. They took everything. They tool all my personal belongings. My kids saw other people in the camp who committed suicide,” Kimberly said.

The Rio Grande crossing is dangerous. If concrete measures are not put into place to facilitate safe crossing for migrants, the situation will continue to deteriorate. Since the story broke, activists are calling for action. And truly, an action must be taken now to save further  innocent lives from being lost.

This article (Security Alert: Death Trap at Mexico–United States Crossing in Rio Grande) is a free and open source. You have permission to republish this article under a Creative Commons license with attribution to the author and AnonHQ.com