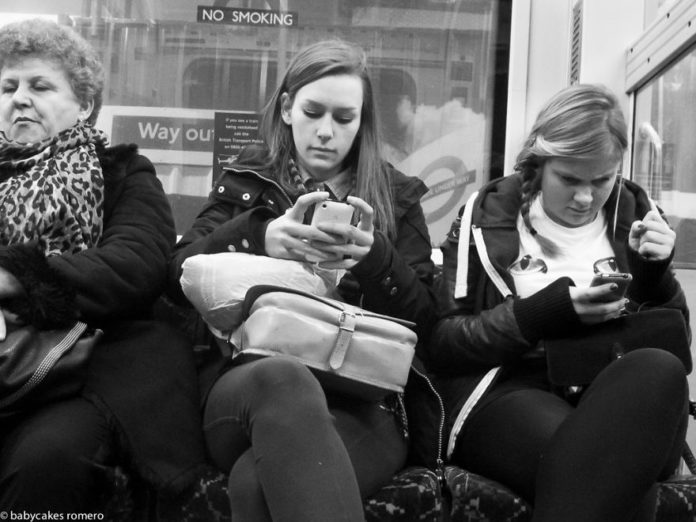 The street photographer-Babycakes Romero posted some pictures he had taken on his website known as ‘The Death of Conversation’ to depict how we have become so addicted to our Smartphones.

He took these pictures as he roams on the street, observing critically what people are doing with their Smartphones in their daily activities.

On his website, he wrote: “I saw how people used it as a social prop, to hide their awkwardness, to fill the silence but as I continued to observe and document this modern phenomenon I felt that the devices were actually causing the awkwardness and the silence. They basically allow people to withdraw rather than engage.”

He also talked about some kind of emotional feelings people nowadays attached to their Smartphones but probable not the device per say but the action they do on the device.

“It originally caught my eye as there was certain symmetry to these people locked simultaneously yet separately in the same action and it appealed on a visual level, but as I continued I noticed an inherent sadness to the proceedings”, he wrote. Technology has indeed arrived. But let us also continue to remind ourselves that it has also brought some negative consequences as well. There is nothing wrong with you using your Smartphones but do it with great caution. Read these short 4 points about what you Smartphone can do to you and lean something out of it.

Technology has taken over our lives, especially to the point where we have forgotten how to connect with others. It’s used so much that some people have a hard time communicating to others face to face because they just don’t know how. Technology has and is literally replacing social interaction. That’s not to say that social interaction doesn’t happen or occur, and that others are not aware of this.

We judge the fact that we don’t have “conversations” so much so that complete silence between two individuals is something many are also afraid of. Whether you are having a conversation or not, don’t judge the fact that a conversation is needed or else it will be “awkward.” It shouldn’t be, and there is no point thinking that it is. Silence, doing nothing, or doing something, conversing or not conversing, all can be done without the need to have your smart phone there. We communicate in more ways than just through conversation, but we’ve forgotten that.

Dangers associated with cell phone radiation have been well documented and studied. That being said, the generation who grew up with cell phones are now young adults, the results of what seems to be a giant experiment have yet to be seen, and some argue that they are already being seen. You can find more articles and links to specific studies by clicking here.

“Cell phones are very valuable devices and they are two wave microwave radios that should not be held directly next to the brain and body. A cell phone is a very weak form of microwave radiation, it’s not as powerful as an oven, but it has a very similar frequency and some of us are using it for thousands of minutes a month right next to our brain.” Says Dr Devra Davis of the Environmental Health Trust.

With all of the Edward Snowden, Wikileaks  and other documents that are now under public scrutiny, it’s no secret that all smart phone users can be, and are monitored. Documents have shown that intelligence agencies gather billions of cell phone records on a daily basis. Google has even made the work easy by following you wherever you go. 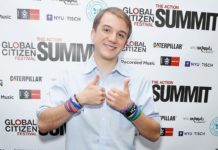