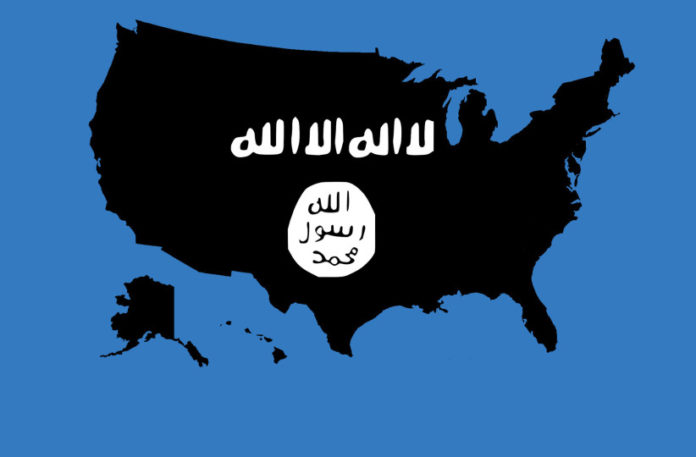 When President Obama took the first step to authorize airstrikes against Islamic State in Iraq and Syria (ISIS), his administration carefully avoided using the term “war”. That was a special approach to maintain the image of his administration as being liberal peaceniks. It is only in this administration that difference between a “war” and a “limited conflict”, and “military intervention” is found only in the wording.

Already, there is a school of thought that in order for US to justify its endless occupation of the Middle East, it has forced to manufacture an enemy which is even more formless than the Al-Qaeda it created some time ago.  It seems the obvious questions have been forgotten by the American public. Because Americans are being told that their government is fighting a specific group who unleashes terror against minority groups in Iraq and Syria.

We are being shown beheadings on a regular which is timely schedule.  We are told ISIS is recruiting soldiers through the use of social media propaganda, and then, we read about the coming war on the White House’s Twitter account.  We are told that we need to save civilians from being massacred by ISIS fighters by using the force of the US military. That is a good suggestion. And whereas we praise the US government for declaring war on ISIS, we should never forget the hard questions that are likely to emerge in the near future when it comes to matters of accountability. You remember the 2003 Iraq war and the subsequent blame game between the George W. Bush and the intelligence agency?

The difficult questions we would ask now to set the records straight are: where is the home country of ISIS? Where exactly their territory does ends? Who are they? Who fund them? The fact is that ISIS has members from countries all over the world, and their network is not limited to only Islamic based societies. You might have heard that ISIS beheaded some 21 Egyptian Coptic Christians in the Libyan city of Sirte? Another Libyan city-Misrata which was very instrumental during the uprising against Muammar Gaddafi has been taken over by ISIS. ISIS now holds military parades in the city every day.

This means that ISIS is borderless, faceless, and seemingly equipped with an endless supply of money and armaments from equally faceless people somewhere. If you don’t know who you are fighting, timelines cannot be given. Expectations about the conflict remain vague. The US military fighting ISIS can conduct any operations anywhere in the world because ISIS is located everywhere on the globe. That is the strategy by the Obama administration. We can buttress this point by citing the “Arab Spring”-the deliberate civil wars manufactured by the US and some of its western allies in order to topple regimes that they found politically inconvenient to their interest.

The so called Arab Spring was never a series of organic uprisings as we are being told.  If people have finally wakened, then, why are there no mass protests and coup attempts in Saudi Arabia?  Perhaps because they are nothing more than a US client State.  It is undoubtedly true that, if examined, each of the regimes which eventually fell during the Arab Spring was a thorn in the side of American and Western foreign policies.

The US mainstream media is nothing more than state run propaganda and the media has succeeded in gearing the US public up for this current fight with ISIS. The plan here was to use the media by the administration. It is now obvious to anyone observing that America is eventually going back to Iraq and Afghanistan in force. The ISIS war proves that beyond a shadow of a doubt.

The same administration which paraded about claiming to be the bearers of peace is now telling the US public different stories regarding war and what is limited conflict many other explanation that have left the American people confused.

During the Iraq war, you heard the noise made by the so called liberals against the war? Unsurprisingly, those same Liberals are completely absent from this debate. It is just another example of the endless hypocrisy of the Leftists in American politics.  Every Liberal one could care to name would be the first to tell you they were against the Iraq War. But now, they shut their mouths at the mention of the war that has happened already.  Liberals are not anti-war.  They are simply against wars which are started under Republican presidents.  That is the hypocrisy we are talking about. Nobody mentions the fact that more bombs were dropped in Iraq under Clinton then during all of Desert Storm, and nobody on the Left cares that the administration which was elected because they were supposed to end the war is now sending us back to fight the same war yet again.

The alternative- the Republicans are even making the situation worse. They are angry that America didn’t go to fight ISIS early.  One hand washes the other, but we still treat these parties as if they are enemies. They are not. They are the same.