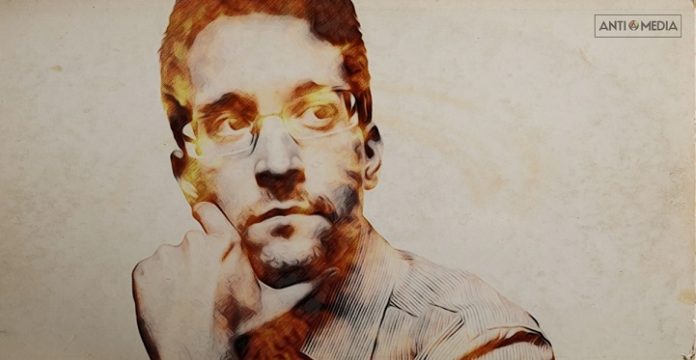 In a series of tweets, former National Security Administration (NSA) contractor and whistleblower Edward Snowden explained that recent attacks against a cyber-espionage organization tied to the NSA may be a warning worth heeding.

Members of the Equation Group, an organization of powerful hackers often associated with the NSA, was recently the target of a cyber attack. One of the items allegedly stolen was the attack code Equation cyberspies use regularly, also known as a “cyber weapon.” During an online auction, hackers allegedly involved with the attack offered to sell their discoveries to the highest bidder.

According to Snowden, the hack itself is not news, but the fact hackers used the opportunity to expose these cyber weapons is. “The hack of an NSA malware staging server is not unprecedented, but the publication of the take is,” he wrote on Twitter.

The hack of an NSA malware staging server is not unprecedented, but the publication of the take is. Here’s what you need to know: (1/x)

Because a “rival publicly demonstrating” they have been able to crack the NSA’s code is unheard of, Snowden went on to argue, this attack is likely a message from Moscow.

“Why did they do it?” He asked. “I suspect this is more diplomacy than intelligence.”

7) Why did they do it? No one knows, but I suspect this is more diplomacy than intelligence, related to the escalation around the DNC hack.

According to the evidence at hand, Snowden figures Russia is involved.

8) Circumstantial evidence and conventional wisdom indicates Russian responsibility. Here’s why that is significant:

Here’s why this is significant:

Ever since the Democratic National Committee discovered it had been hacked, the public — guided by U.S. government officials and the media — believed the attack was perpetrated by Russians. But evidence backing those claims has always been scarce.

Now that a group of cyber spies tied to the NSA is hacked and their secret codes of espionage are exposed, Snowden says, this attack is a clear sign that “someone can prove US responsibility for any attacks that originated from this malware server.”

In other words, hackers aren’t open about their secrets and never reveal how they go about their attacks. Having a hacker or group of hackers exposing the Equation Group’s secrets — or malware used to give hackers access to data, in this case — may serve as an indicator that this latest attack is not about revealing sensitive information. What Snowden suggests is that someone working with the intent of keeping U.S. officials from retaliating against Russia over the DNC hacks could be behind these attacks. In the future, they could use information collected in this latest attack as proof that NSA-linked hackers are behind domestic attacks.

But members of the cyber security community aren’t judging the reasons behind this hack like Snowden is. Instead, many are speculating that the data produced in this hack could “come from ‘an old counter-hack,’” as security researcher and former British intelligence officer Matt Tait tweeted. According to Motherboard, “Claudio Guarnieri, an independent security researcher who’s investigated other hacking operations by the Western intelligence agencies … the files might be from a hacked NSA server used in an operation.”

Earlier in August, many claimed Democrats were using Russia as a scapegoat, forcing the media to focus on the hack itself — not the crimes committed by the DNC. If Snowden is right, however, this latest attack was, indeed, perpetrated by Russian elements, but the goal was not to expose Hillary Clinton. Instead, the hackers want to scare those claiming Russia is involved, showing they could eventually unmask the NSA’s own cyber espionage and perhaps the U.S.’ election meddling around the world.

9) This leak is likely a warning that someone can prove US responsibility for any attacks that originated from this malware server.

Until more is uncovered, Snowden’s comments should be taken seriously.

This article (Snowden: NSA Hack Is a Serious Warning from Russia to the United States) is free and open source. You have permission to republish this article under a Creative Commons license with attribution to Alice Sallesand theAntiMedia.org. Anti-Media Radio airs weeknights at 11 pm Eastern/8 pm Pacific. If you spot a typo, please email the error and name of the article to [email protected].