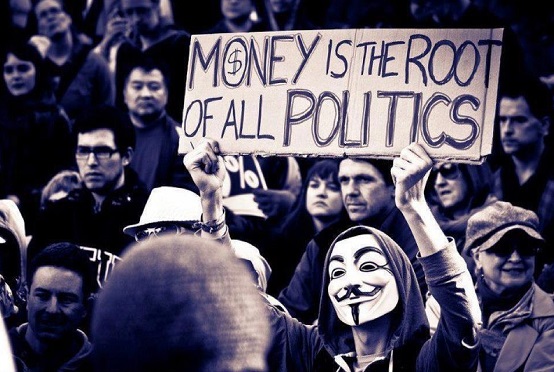 Isn’t it strange that even WikiHow has a page titled “How to Become a 21st Century Social Activist?”   In fact, you can even teach yourself How to learn from Social Media by learning of the best time to make a post or how to structure your message to gain the maximum amount of exposure.  With activists organizing movements and collectively taking a stand, it is apparent that we have entered a new age of campaigning in the digital age.  The magnitude of the role that social media plays in our lives is staggering, especially with outlets such as Facebook, Twitter, Instagram and Change.org which collectively foster more than 650 million global users.  As an activist, social media is an incredible tool that allows your message to march across a multitude of different channel and outlets. Our evolving society has turned our world into a brilliantly connected social platform, enabling us to create, spread and support messages and/or movements from around the globe.  Political activism and employing the use of social media go hand in hand.  The most successful movements and activists have taken advantage of the social media platform to remain at the top of this ever-evolving game of political activism.  When it comes to social change, we have taken incredible leaps over the past couple of decades.  Times are different from the anti-war protests of the 60s‘.  As we embark further into a more advanced society, connected by hundreds of digital means, the flow of information has become a large mystery pile, ripe for exploration. The utilization of social media has integrated our world into an immediately connected social outlet of voices.  Apps, computer software, smart phones and tablets have made our lives easier to share our thoughts with like-minded individuals who have the same ambitions and goals.  In today’s world, an activist without social media would be like a protester on a street wielding a blank sign and chanting in a language no one understands.

Social outlets are strengthened by the methods in which they are employed.  For example, political activism campaigns use a plethora of different social media platforms (e.g. Twitter, Facebook, Instagram, Reddit, Change.Org, Blogs, Vlogs, alternative media, live streaming videos).  All of the foregoing social media platforms have altered how we receive and transmit message.  When President Obama won the election for his second term, the use of social media was the driving force behind reaching the “uninformed” or “low information” voters.  .  An an independent study of  political advocacy groups, 33 out of 34 groups examined use at least one social media platform to engage their stakeholders.   Consider that the average Facebook user spends 55 minutes on the site each day; 50 million Tweets are sent every 24 hours; 2 billion videos are watched on YouTube every day.  A well organized and digitally savvy group of individuals are able to reach a large demographic and spread a message effectively, efficiently and most importantly, immediately.  Within the political world, it is imperative to maintain a strong web presence and to create a slogan or an image to market your “brand.” There are a plethora of different movements that are propelled into cyber-space every hour and every minute of every single day.  Movements ranging from the  prevention of sexual assault, to protesting with a hashtag topics via twitter, to “stop bullying” movements, and to movements involving Coders who write open source security software for users online; all of which were spread out and very successful crusades.

Digital activism has proven to be a potent tool to spread an agenda or message.  For example, the Arab Spring employed the use of social media outlets such as Facebook, Twitter, and YouTube in order to sprout millions of digital users in order to spread a message across a vast area of land.  Today, avenues of social media have shifted the paradigm of social activism.  Just 10 years ago, Twitter, Facebook and YouTube were not even in existence.

However, social media does indeed have its disadvantages and it can negatively impact a movement and in some cases have a reverse effect on the movement.  Just this past spring, a massive social media campaign, dubbed “The Million Man March on Washington,” attempted to gather millions of patriotic Americans to meet and march on the capital to demand change.  The movement acquired a strong leader and gained a great deal of steam.  What went wrong? Why did less than a 1,000 people show up?  The number of participants is debatable; however, you can be assured that there were nowhere near one million participants in attendance.

In a recent video by UNICEF, there commercial, “Likes Don’t Save Lives,” portrayed an aggressive campaign to demonstrate the weaknesses of “likes”.  See Below:

It’s hard to argue with Malcom Gladwell.  In his Oct 2010 New Yorker article, he pointed out that “it is not right to compare social media ‘revolutions’ with actual activism that challenges the status quo ante.” He argued “that today’s social media campaigns can’t compare with activism that takes place on the ground.”  Indeed, it seems that social media lacks one key component, the actual physical presence of people.  Merely hitting the “like” button about a protest in Washington D.C. on a page with 100,000 likes isn’t going to scare a government office.  But 100,000 people in front of the White House will.  Yet, in the case of the march, lack of organization and financial instability crippled the project; unable to give its followers proper direction on how to act, when to act, what to do, and where to do it, not to mention that there was no clear cut message.  Although communication was plentiful, without a strong front line, organizing and acquiring funding capabilities, the movement was lost.

Political Activism and Social media are two powerful tools, yet only if combined and planned carefully.  “So many people are open to “like”, “share” and “comment” for social issues and it makes sense. Things like this play on our emotions. But how many of us actually put our money where our mouths is and help change the world. Very few.” Slacktivism or Slacktivist, “a pejorative term that describes “feel-good” measures, in support of an issue or social cause, that have little or no practical effect other than to make the person doing it feel some amount of satisfaction. The acts tend to require minimal personal effort..” The term has been thrown around the urban dictionary, forums, and digital conversations lately and the verdict is out: no self-respecting activist wants to be called a “Slacktivist.”  Nonetheless, it correctly depicts the less motivated social media activists.  Doug McAdams, states,  “those who are most committed to social movements are those who have personal relationships with people most affected by social injustice.”  If this is the case, millions of patriots around the country have causes to stand by, or injustices they have seen in which to get up and act.  It’s our choice that keeps us where we are and using the correct tools gets the job done right. Let’s be clear, activism doesn’t have to be full time.  We have lives to run.  Nevertheless, simply tweeting what you feel to a few thousand followers isn’t going to create action, unless an action is created by the originator through effective, efficient and dedicated work.  Social media activism is rendered ineffective if not used properly.  The message has to be pushed, and supported with high levels of organizational assistance, time and hard work; surely a task that most people would not openly embrace.  But you can still participate and do your part.  If legislation comes across your town you don’t agree with, speak up.  If you see a protest for a cause close to you, pull over and join. It doesn’t hurt to participate, engage and then use what you did to publicize it online.  It shows commitment & credibility.

Keep in mind that being a social activist has its responsibilities. As Malcolm Gladwell said in The New Yorker in 2010, ” it doesn’t involve financial or personal risk; it doesn’t mean spending a summer being chased by armed men in pickup trucks. It doesn’t require that you confront socially entrenched norms and practices. In fact, it’s the kind of commitment that will bring only social acknowledgment and praise,” also stating, “the platforms of social media are built around weak ties. Twitter is a way of following (or being followed by) people you may never have met.” Perhaps he is correct; meeting like-minded people can only increase your chances of influencing the movement.  Only internet activism has increased while the physical presence of activists seems to be on the decline.  However, many campaigns around the world have seen notorious success.  Just recently, movements as simple as #CancelColbert, which was in response to Colbert’s racism skit, or the sensitive campaigns as awful as #kony2012 have a large following.  Remember #BringBackOurGirls?

The important thing to remember is not how information is received, but what is done with that information once it’s in your hands.  Modern day social activism is taking “action” on all fronts through a combination of means, involving social media and physical campaigns.  It also means, meeting up with like-minded people, having discussions to bring about social change, and coming up with solutions.  Then, organize, create clear messages, gather, and participate in protests or social media movements and act responsibly.  At the same time, it’s important not to alienate yourself.  We’re all humans with different backgrounds & social upbringings and acting as if “you know best” can be a destructive force working against you.   Social Media Activists come in many shapes and sizes nowadays.  From combat soldiers, to hacktivists, to the modern day digital activists, and the ever strong blue and white collared workers; we are the front line of the massive population to bring about social change. Don’t forget, there are many of us out there, dying to talk with someone else about the horrible problems and amazing issues going on around you and me.  Find someone to help you on your quest, while you help them on theirs.  Start a conversation, be open minded, listen, speak your thoughts and repeat.  Before you know it, you’ve joined in or started a revolution that was just waiting for you to step up and make that difference.