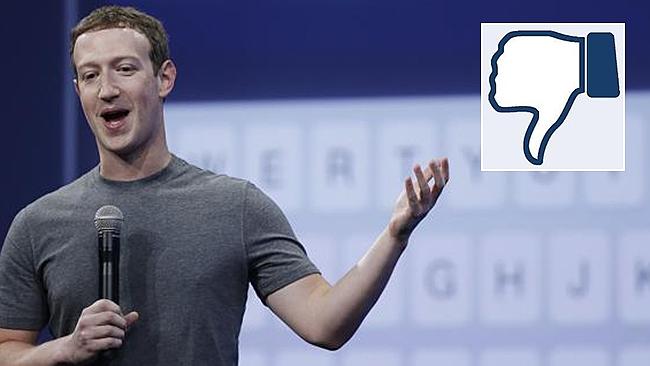 After years of refusing to heed users’ pleas, CEO Mark Zuckerberg has had a change of heart – Facebook is finally working on a ‘Dislike’ button.

“I think people have asked about the dislike button for many years. Today is a special day because today is the day I can say we’re working on it and shipping it,” Zuckerberg said during a Q&A at Facebook’s headquarters.

A dislike button for Facebook. Brilliant!!! This world is absolutely crying out for a bit more negativity.

Citing news stories such as the Syrian refugee crisis, Zuckerberg seems to have understood that a ‘Like’ doesn’t always convey a user’s true thoughts on a post. In other way, the ‘Dislike’ button is for sharing compassion when a ‘Like’ button is socially inappropriate.

Unlike Reddit, Facebook won’t treat a ‘Dislike’ as a vote to stop showing the post to other users. “We don’t want to turn Facebook into a forum where people are voting up or down on people’s posts. That doesn’t seem like the kind of community that we want to create: you don’t want to go through the process of sharing some moment that was important to you in your day and have someone downvote it,” he explained.

The’Dislike’ button is intended to be used when clicking ‘Like’ on sad posts looks insensitive. “If you’re expressing something sad . . . it may not feel comfortable to ‘Like’ that post, but your friends and people want to be able to express that they understand. What they really want is the ability to express empathy. Not every moment is a good moment,” he added.

Facebook to test “dislike” button so users can show empathy. ‘Cause if there’s one place known for its empathy, it’s the Internet. — 22Minutes (@22_Minutes) September 16, 2015

This Article (Soon, You Can ‘Dislike’ A Post On Facebook) is free and open source. You have permission to republish this article under a Creative Commons license with attribution to the author and AnonHQ.com.