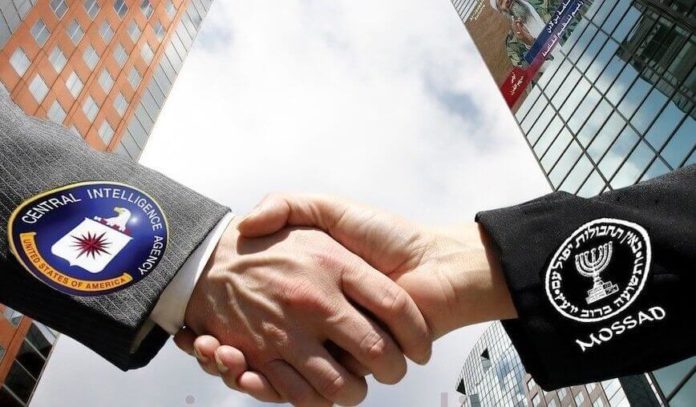 US intelligence officials spoke anonymously to The Washington Post recently. The topic? The fact that the CIA had tracked Imad Mughniyah (a Palestinian leader of Hezbollah apparently involved in terrorist attacks) for at least a year before deciding to kill him with the help of Mossad in 2008. Via a car bomb. In a civilian populated area. In Syria, an innocent nation. US officials had earlier lied about the incident, claiming to not have been involved in what would have been widely considered an act of terrorism had it occurred in the US. Had it been known that the US and Israel was involved, such an attack might even have been considered an act of war. Regardless, this was clearly An ILLEGAL act of terror:

“No person employed by or acting on behalf of the United States Government shall engage in or conspire to engage in assassination.”

“No person employed by or acting on behalf of the United States Government shall engage in, or conspire to engage in, assassination.”

“No employee of the United States Government shall engage in, or conspire to engage in, political assassination.”

Ex-President Bush had authorized the act of terror. Approval was granted by  the Attorney General, the Director of National Intelligence, the National Security Adviser, and the Justice Department. The CIA even tested the bomb some 25 times before providing it to Mossad. “The way it was set up, the US could object and call it off, but it could not execute,” a former US official said.

“Israel rejects the attempt by terror groups to attribute to it any involvement in this incident. We have nothing further to add,” said former Israeli Prime Minister Ehud Olmert in 2008 following the attack in a blatant lie.

US Director of National Intelligence Mike McConnell had accused the Syrian government or even Hezbollah factions of the assasssination… But as we now know, THAT too was a lie, propaganda designed to muddy the truth and dissociate the Oh-So-Honest American politicians and intelligence agencies from involvement in an abject act of terror.

“There’s some evidence that it may have been internal Hezbollah. It may have been Syria. We don’t know yet, and we’re trying to sort that out” stated Mike McConnell