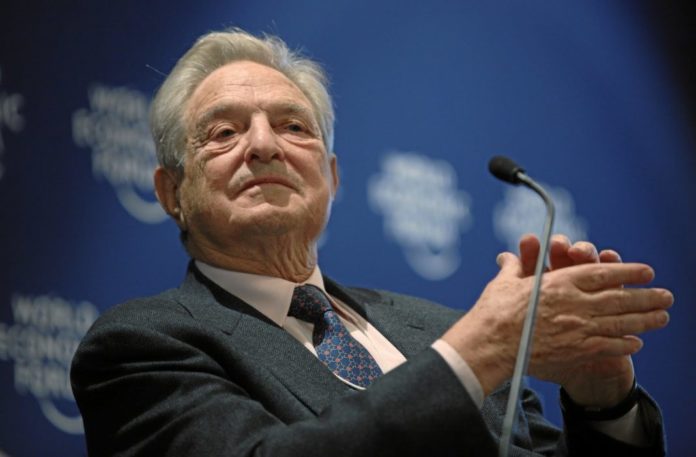 A member of the Hungarian Parliament has proposed to shut down the NGO that is linked to the Hungarian-born George Soros, a business magnet and the founder of the Open Society Foundation, a non-government organisation in Hungary.

Szilard Nemeth, the Vice President of the Fidesz Party revealed this to the public on Jan. 12, stating that the Soros activities are linked to mass migration.

The vice president of the political party – which the Hungarian Prime Minister is a member of – also stated that he will pass a legislation to halt the Open Society Foundation’s activities in the country.

“Every means has to be utilised to hold back these types of organisations, and I understand that they should be washed out of here. And to this end, I feel, the international chance has shown up with the election of the new U.S. president,” says Szilard Nemeth.

Hungary’s Prime Minister, has from the start been one of the keen supporters of a Donald Trump administration, and the country has been one of the first nations to support his presidential election.

Szilard Nemeth’s proposal will bring all financial records of Soros’ organisations that back NGOs, to the public.

Hungarian Prime Minister Viktor Mihaly’s government has always questioned the Open Society Foundation’s work in in the nation, especially when it comes to the migration crisis.

Zoltan Kovacs, the spokesperson for the Hungarian government office, says that it is important for the NGO’s to work in transparency, especially when their aid comes from foreign sources. He also added that this problem is not only aimed at the NGO’s working in Hungary, but also at all international NGOs around the world.

George Soros also admitted that his NGO has had a hand in promoting Syrian and other refugee mass migrations into Hungary. However, Soros argued that his NGO protects refugees, and is one of the objectives of the Open Society Foundation.

However, documents that were leaked revealed otherwise. Soros’ interests were not in saving the refugees but in how the Open Society could exploit the migration crisis to raise more money.

Laszlo Foldi, who served as an ex-intelligence head for Hungary also highlighted the fact that groups that support migrants are conducting military operations to weaken those nations by mobilising refugees.

“What we are witnessing daily is a 4th generation military operation over Europe. Not using standard weaponry to impose a strategy, but using the monetary and societal system, and one factor of that is the activities carried out by civilian humanitarian establishments,” said Foldi.

The legislation will be put to a vote in local parliament in the coming two months. Most likely the conservative party, along with the far-right Jobbik party, will pass it.

Nevertheless, even with the law going against them, the Open Society Foundation stated they will continue to work despite the opposition from the Hungarian government, as their cause is just.

This article (Soros-Funded NGOs Should be ‘Swept Out’ of Hungary Says Chief of a Ruling Party) is a free and open source. You have permission to republish this article under a Creative Commons license with attribution to the author and AnonHQ.com.