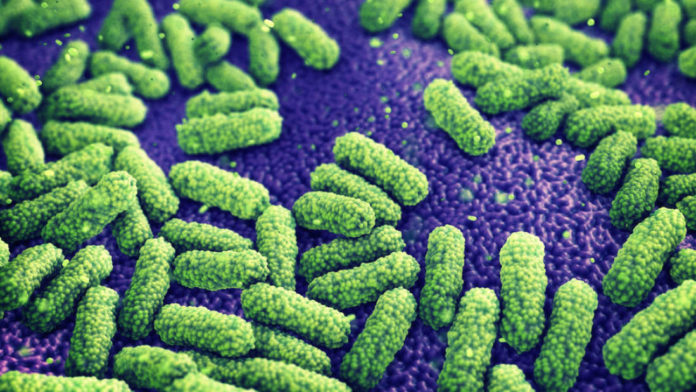 NEVADA – In August last year, a 70-year-old arrived in a Reno hospital with swelling to her right hip. By September, the woman had succumbed to sepsis after failed attempts to treat her infection that had spread throughout her body, systematically shutting down her vital organs.

The main cause of her septic shock was the Klebsiella pneumoniae, what can only be described as an opportunistic infection that normally remains in the gut and without much problem.

The woman had returned from a trip to India, where she had earlier fractured her leg and repeatedly received treatment for it in an Indian hospital. By the time she arrived in the US, the infection in the bone had spread.

The alarming part of this woman’s misfortune is the underlying cause of death– not from the treatment she received in a foreign hospital nor the infection spreading as such and causing sepsis, but the failure to contain the infection through the use of antibiotics.

Doctors in the US tested the superbug infection and even sent samples taken from the wound to the CDC for testing. The analysis in return found that this form of infection – the superbug – was resistant to all 26 antibiotics available in the US, including colistin, a “drug of last resort.”

Although it is still rare to witness such bugs – particularly in a western hospital – they still exist.  This particular case has now become a warning of the dangers, says the CDC, who calls this a “nightmare bacteria.”

Cases like the one above may all too soon become a common occurrence. Dr David Brown, chief scientist at Antibiotic Research UK noted that frequent travel may have played a part in the woman’s outcome.

“It happened because of her personal history of multiple hospitalisations in India, however, the ease of global travel does mean that such cases will increase,” Dr Brown said.

Professor Laura Piddock, from Antibiotic Action and the University of Birmingham told the BBC, “In circumstances such as this, where doctors are faced with the inability to treat a life-threatening infection, they need the flexibility to use antibiotics licensed for use in other countries and shown to be active in the laboratory against the patient’s infecting bacterium.”

It’s a small comfort – blaming travel on the breeding grounds for a superbug.

The scientific community hasn’t discovered or developed much in the way of antibiotic treatments in the last decade, with a sharp decline from 29 developments in the 1980s to nine between 2000-2010.

According to Derek Lowe from the Science Translational Medicine, the drop is highly concerning. Describing the fight against antibiotic resistant germs as an “arms race” Lowe is quick to point out the problem can only be slowed down with antibiotic discoveries.

His methodical analysis details how Big Pharma pulled out of the antibiotic research race, but is careful to point out that some large companies didn’t and that they still “never made much progress” because of investment and return prospects.

Quoting the Pew Roadmap, a document that came out from the Pew Trust, who mapped the antibiotic discovery race; finance and bug resistance goes hand in hand.

“All antibiotics approved for use in patients today are derived from a limited number of types, or classes, of antibiotics that were discovered by the mid-1980s (Figure 1),” the Pew roadmap says.

“Faced with poor discovery prospects and diminishing returns on investment, major drug companies have cut back or pulled out of antibiotic research altogether. This has left much of the remaining discovery work to small, “pre-revenue” companies with no products on the market and limited budgets and R&D capacity. Most industry antibiotic development programs are primarily focused on modifying existing classes of drugs discovered decades ago to circumvent bacterial resistance and better target difficult-to-treat infections. Though essential, such incremental advances are not likely to meet the looming public health challenge of antibiotic resistance in the long term.”

Because of the resistant strains increasing, versus R & D decreasing, many are predicting a post-antibiotic era is only around the corner and most likely to occur in our lifetime.

This article (Are We Entering a Post-Antibiotic Era?) is a free and open source. You have permission to republish this article under a Creative Commons license with attribution to the author AnonWatcher and AnonHQ.com.