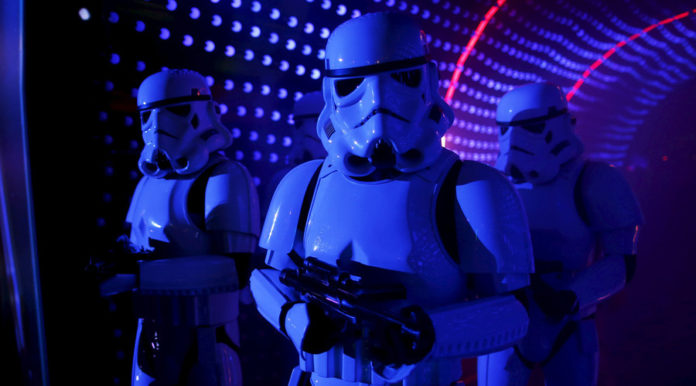 Arthur Charles Roy, an 18-year-old Montana resident, was arrested on suspicion of assault with a weapon, for threatening to shoot a student over spoilers to Star Wars: The Force Awakens. He made an initial appearance in Lewis & Clark County Justice Court, after which he was held on $10,000 bail.

#StarWars spoilers are so serious one fan almost killed to avoid them, and was arrested https://t.co/tPjTJlXvem pic.twitter.com/KhgZQHpsBc

According to the police, Roy got angry after a friend on Facebook Messenger revealed a subplot to Star Wars: The Force Awakens. During the online fight that had ensued from the film spoiler, Roy is alleged to have posted a photo of himself brandishing a gun, which he indicates is a Colt 1911 with a “hair trigger”.

Why you should not reveal the plot twist in “Star Wars: The Force Awakens” https://t.co/pCagN76zwc

According to the affidavit, Roy also said he was “coming to find” the “friend” to “shoot him”. After officials saw the exchange, the victim’s school was placed on security “lock down,” as a precautionary measure.

“The victim was afraid it was a legitimate threat. The victim believed that the defendant might come to his school and harm him,” said Melissa Broch, a deputy attorney for Lewis & Clark County. Roy is likely to be arraigned in a state district court at some point in January.

This Article (Star Wars Fan Arrested For Threatening To Shoot A Friend For Divulging Plot) is free and open source. You have permission to republish this article under a Creative Commons license with attribution to the author and AnonHQ.com.