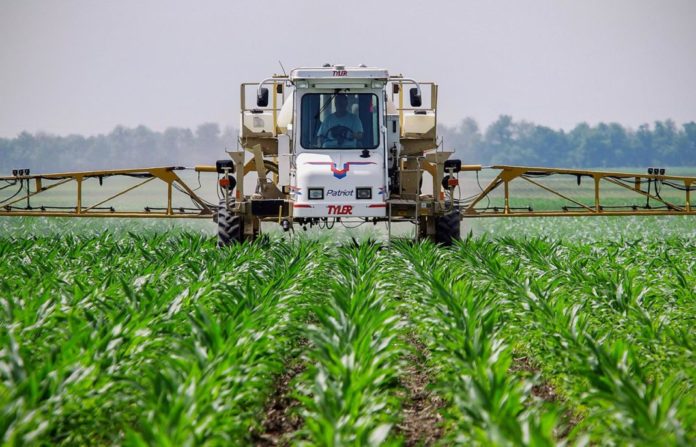 A judge this week has made a ruling against agricultural giant Monsanto, saying that Roundup weed killer can be labelled with a cancer warning, at least in California.

The main ingredient, glyphosate, Californian officials suggested, needs to be acknowledged as a possible cancer causing agent via labelling, based on the World Health Organization’s 2015 report, which stated that glyphosate is a “probable human carcinogen.” One of the biggest agricultural states in the U.S., California’s decision will force Monsanto’s hand at accountability.

Monsanto has lashed out at the decision, calling it a violation against the constitution. They are also suing California, stating that the cancer accusation is “flawed and baseless.” Last year, Monsanto made 3.5 billion dollars from global sales in the sale of weed killers.

Roundup is one of the most widely used herbicides in the world. According to National Geographic, in 2015, the chemical was adopted into agricultural practices by over 160 countries.

Other studies conducted on Roundup have linked, according to the National Geographic report, Roundup use on GMO seeds to antibiotics resistance and hormone disruption (via contaminated water supply) in farm animals and people. Consider as of 2015, 1.4 billion pounds of Roundup were applied in agriculture per year, up from 210 million pounds in 2012.

“Increasingly common chemicals used in agriculture, domestic gardens, and public places can induce a multiple-antibiotic resistance phenotype in potential pathogens. The effect occurs upon simultaneous exposure to antibiotics and is faster than the lethal effect of antibiotics,” the study on antibiotic resistance states in the American Society for Microbiology MBio Journal.

The clear majority of corn, soy and cotton products in the United States are now treated with glyphosate. However, what many are unaware of is that glyphosate isn’t “included in the U.S. government’s testing of food for pesticide residues or the monitoring of chemicals in human blood and tissues. As a result, there is no information on how much people are exposed to from using it in their yards, living near farms or eating foods from treated fields,” reports National Geographic.

With California being the largest consumer of Roundup, treating most edible crops over some 5 million acres, labelling the Roundup product as a probable cancer causing agent will leave a mark in Monsanto’s profits.

Monsanto has clearly stated that it rejects the idea of labelling and that their product is not harmful to humans. Furthermore, Monsanto declared the IARC findings as “junk science,” disputing the Chair, Dr Aaron Blair’s findings, who was also a top scientist on pesticides and cancer at the National Cancer Institute.

This article (State of California Calls for “Possible Cause for Cancer” Labeling on Monsanto’s Roundup) is a free and open source. You have permission to republish this article under a Creative Commons license with attribution to the author AnonWatcher and AnonHQ.com.