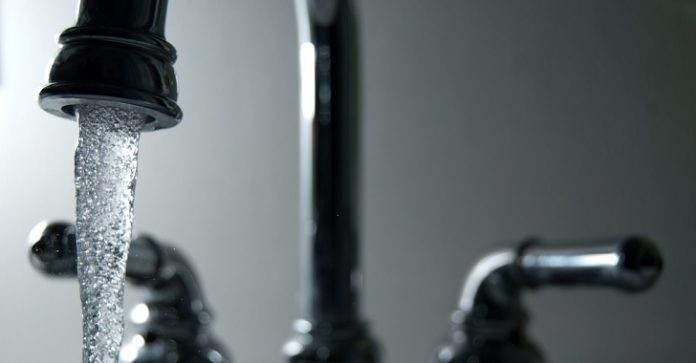 Flint, Michigan– “The City of Flint has experienced a Manmade disaster,” said the city’s mayor Monday evening, as she declared a state of emergency over evidently staggering levels of lead in the city’s tap water. Mayor Karen M. Weaver has requested federal assistance to deal with the fallout from over a year’s worth of tainted water delivered to Flint residents and, allegedly, falsely declared safe by government officials.

In September, news broke that lead contamination was on the rise in Flint. Dr. Mona Hanna-Attisha of the Hurley Medical Center concluded that since the water supply switched from the Detroit system to Flint River in April 2014, the number of infants and children with elevated levels of lead in their blood had doubled, from 2.1% to 4%. While the rise seems small, it is statistically significant. Even so, Attisha warned: “My research shows that lead levels have gone up. I cannot say it’s from the water. But that’s, you know, the thing that has happened.“

The high levels of lead have been attributed to old pipes and plumbing, which researchers say rubs off more into Flint River water than it does other sources. Because the water itself is more corrosive than other supplies, it erodes the pipes it flows through, picking up lead along the way.

Flint River is one of the filthiest rivers in Michigan. Over the years, it has housed raw sewage, tires, old refrigerators — which residents have attempted to sift out — and lead. In spite of this, officials declared it safe to drink in April 2014, when they switched the supply to the tainted river.

The change was widely attributed to the city’s switch from Detroit’s water system to the Flint River under the leadership of the city’s previous mayor, Dayne Walling. The shift in supply was a result of failed procedures and negotiations to continue purchasing the water.

Shortly after the April switch, residents complained the water emitted a foul odor and was cloudy in appearance, but local and state officials insisted the water was safe. In spite of these assurances, in January 2015,MLive reported the State Department of Environmental Quality had “issued a notice of violation of the Safe Drinking Water Act for maximum contaminant levels for trihalomethanes — or TTHM — a group of four chemicals that are formed as a byproduct of disinfecting water.”

These chemical byproducts are linked to cancer and other diseases, and presented a separate issue from the lead.

The water was so dirty that in October 2014, General Motors announced it would no longer use treated Flint River water at its engine plant out of fears it would cause corrosion.

Amid growing concerns, parents started buying gallons of bottled water to avoid the Flint River supply. Those who couldn’t afford it, as the Washington Post noted, “drank it straight from the tap all the same, knowing that they would be paying for it later. When it came to bathing, some slowly filled bathtubs with pots of boiled water for their children.”

By October 2015, protests, petitions, and public outrage led Governor Rick Snyder to promptly switch the water supply back to the Detroit System, until Lake Huron’s Karegnondi Water Authority pipeline is ready for use. It is estimated to be operating by the end of 2016.

According to the governor’s press secretary, David Murray, an “action plan” created by Snyder amid the protests provides “free water testing, free water filters and the accelerating of corrosion controls in the drinking water system.”

Even so, concerns over lead poisoning remain at the forefront of many resident’s lives. In November, a class-action suit representing tens of thousands of residents was filed against Snyder, the city, the state, and 13 other public officials. It claims that “For more than 18 months, state and local government officials ignored irrefutable evidence that the water pumped from the Flint River exposed [residents] to extreme toxicity. The deliberately false denials about the safety of the Flint River water was as deadly as it was arrogant.” The suit claims officials deprived residents of their 14th amendment rights by deliberately providing them with water they knew to be toxic.

The plaintiffs allege their health complications include “skin lesions, hair loss, chemical-induced hypertension, vision loss and depression.” Four families are described in the complaint, two of which say they ceased using the water and still suffered medical hardship.

Murray said the governor’s office disagreed with points in the suit but declined to comment further.

As a result of the apparent health ramifications, Mayor Weaver anticipates an increased need for certain services in the years to come. In her declaration of emergency on Monday, she argued increased learning disabilities and lower IQs caused by lead will require increased special education services, among other resources. She called for a Special Meeting of the Genesee County Board of Commissioners no later than this month.

Her declaration received mixed reviews from city councilmen. Scott Kincaid praised the move for alerting federal authorities of the dire situation. Josh Freeman, however, warned residents not to expect immediate change because of the mayor’s statement. “We need to find a way to actually fix the problem,” Freeman said. “This declaration does not [fix the problem].“

Either way, one sentiment remains consistent: As the class-action suit alleges, authorities “violated the constitutional rights of Plaintiffs and Plaintiff Class members by acting in a manner that shocks the conscience and was deliberately indifferent to the those constitutional rights, as well as to the health and well-being of the Plaintiffs.

This article (State of Emergency Declared in Michigan City After Lead Found in Children’s Blood) is free and open source. You have permission to republish this article under a Creative Commons license with attribution to Carey Wedler andtheAntiMedia.org. Anti-Media Radio airs weeknights at 11pm Eastern/8pm Pacific. Image credit: Steve Johnson. If you spot a typo, email [email protected].