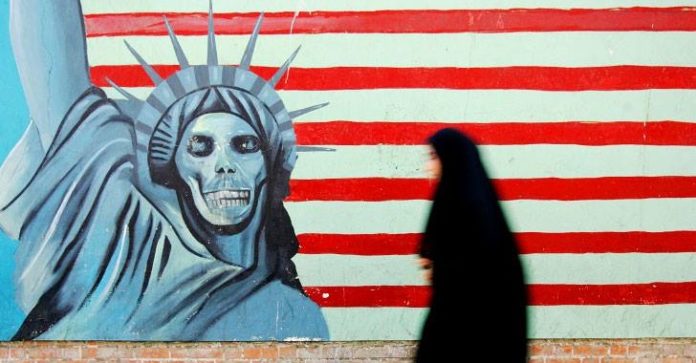 United States — Three days after the World Trade Center, Pentagon — and, arguably, any delusions of government as protector Americans still clung to — lay in ruins, Congress hastily granted the president the power to “use all necessary and appropriate force against those nations, organizations, or persons he determines planned, authorized, committed, or aided the terrorist attacks.”

In fact, that congressional vote would have been unanimous, if not for Representative Barbara J. Lee, whose single tally in dissent admonished the proposal since military reprisal would not secure safety for the United States. Further, she offered the keen adumbration that “as we act, let us not become the evil we deplore.”

At the time, she might have seemed absurdly over-cautious to her colleagues — and, likely, ridiculously unpatriotic to citizens breathlessly anticipating retribution — but Lee’s unintentional prognostication, had it been heeded, could have saved countless millions of lives.

Yet, stunningly, fourteen years later, ‘Americans’ have learned nothing from that eager belligerence; nothing concerning actions’ consequence — and, to their utter detriment — not the faintest detectable cognizance of the repercussions U.S. hubris can impart. And it is this exact inability to learn from our mistakes of action and attitude that brought the rise of Daesh (ISIS, ISIL, IS), and the subsequent quagmire in Syria and numerous other regions in the Middle East. Further, that refusal to grasp the lessons of the past is reflected in the exponential increase in hate crimes within the borders of the United States.

Since the December 2nd mass shooting in San Bernardino by a pair who ‘supported’ the ideology of Daesh, hate crimes — those motivated by prejudice and bigotry against a person’s religion, national origin, etc., which usually employ violence as a means of intimidation — against Muslims in the U.S. have dramatically spiked. In just the past week, a spate of inarguably terroristic acts against Muslims mirrors uncannily the pervasive, accepted culture of intimidation against African Americans in the U.S. South during much of the 20th century — so much so, that the largest white supremacist organization in the country reportedly had to upgrade its servers to cope with the spike in traffic to its website.

All of this, of course, is rooted in intense fear of the ‘other.’ Xenophobia — defined as “an unreasonable fear or hatred of foreigners or strangers or of that which is foreign or strange” — grandfathers many of the dangerous ‘isms’ that tend to birth violent action. More insidiously, though, xenophobia weaves itself into common and popular culture so thoroughly that those who aren’t its target are often oblivious to — and thus most often in denial about — its presence. This explains systemic racism rather handily. It also explains why Americans largely manage to pull off the appearance of being tolerant and accepting of each other for extended time periods — until incidents like San Bernardino rip off that mask; or, worse, a public figure like Donald Trump entreaties the populace to pulverize it.

Suddenly, bigotry laid bare has become not only publicly acceptable, but arrogantly — and disturbingly — ‘normal.’ But it is neither of these things.

There isn’t anything acceptable about bigotry when it translates into fear-motivated action against an entire group — whether in Trump’s absurd Ban-All-Muslims! immigration push, or in this stupefying (and likely quite incomplete) list of crimes since the California shooting:

✱ It should be noted that people’s ignorance of other cultures often ends up targeting groups who have nothing whatsoever to do with their already baseless hatred — Sikhism is not Islam. Both religions employ headcoverings, but appearance does not equate the two.

Soberingly, Barbara J. Lee foresaw the inherent pitfalls of declaring war against something as laughingly nebulous as the term terrorism. The painful, sick irony in this string of continuing crimes, is the fear driving them — paranoid fear that ‘other’ group could be terrorists — has turned those very people into terrorists, themselves.

This article (Dear America: The Terrorists Are Already Here — but They Aren’t Who You Think) is free and open source. You have permission to republish this article under a Creative Commons license with attribution to Claire Bernish andtheAntiMedia.org. Anti-Media Radio airs weeknights at 11pm Eastern/8pm Pacific. If you spot a typo, email[email protected].