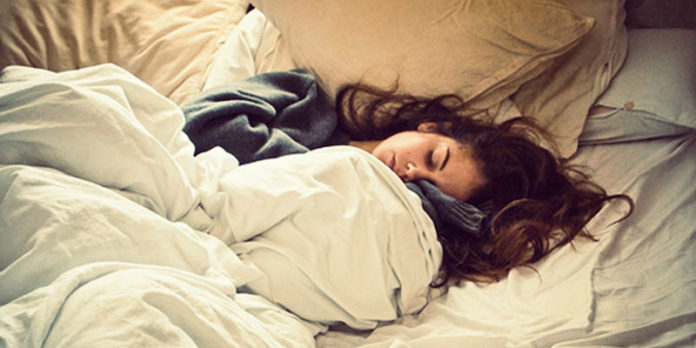 Microsoft’s co-founder Bill Gates, the world’s richest person with a net worth of $75 billion, wasn’t joking when he once said that he would always “hire a lazy person to do a difficult job” at Microsoft because “a lazy person will find an easy way to do it.”

If you have been forcing yourself to get up early to answer the ‘more’ productive early risers, but you have a hard time crawling out of bed in the morning, don’t feel bad – it could be that your body is biologically programmed to start the day later, and it is for your own good, actually.

As many as five recent studies have found that people who sleep late and subsequently get up late aren’t lazy – in fact, night owls are smarter, brighter, richer, more active, and more creative than the better-regarded early birds.

A study conducted by researchers at London School of Economics and Political Science, suggested that those who create new evolutionary patterns (compared to those who stick with the normal patterns like ‘normal sleep schedule’ developed by our ancestors), and are the first to change (to seek out novelty), are more progressive and intelligent. The researchers concluded that ‘more intelligent children are more likely to grow up to be nocturnal adults who go to bed late and wake up late on both weekdays and weekends.’ After studying the circadian rhythms – or natural body clocks – of around 1,000 teenagers, the University of Madrid researchers found that night owls who stayed up late and woke up later, scored higher than the larks who went early to bed and subsequently got up early on inductive reasoning – the kind of intelligence linked to innovative thinking, prestigious jobs and higher incomes. They added that the larks secured better exam results, possibly because classes are held at the wrong time of day for night owls.

“It is an interesting study. Evening types tend to be the more extrovert creative types, the poets, artists and inventors, while the morning types are the deducers, as often seen with civil servants and accountants.

“We have looked at morning and evening types and we found that personalities tended to be different. Evening types were more social, more people-oriented. They will probably be good at cryptic crosswords, while morning types go for the more logical ones.” Researchers at the Catholic University of the Sacred Heart in Milan studied 120 men and women of varying ages to suggest that night owls are more likely to be creative thinkers due to their ability to live outside the norm. Based on the results of three tests, the researchers concluded that “evening types aced each test based on these criteria (originality, elaboration, fluidity, and flexibility factors), while morning and intermediate type people struggled to get scores over 50.”

“Being in a situation which diverges from conventional habit – nocturnal types often experience this situation – may encourage the development of a non-conventional spirit and of the ability to find alternative and original solutions.”

Night owls rule the roost, well, literally. People who sleep late and get up late are less sleepy, can stay awake longer, have faster reaction times, and can remain mentally alert for more hours after waking up, than people who sleep early and get up early.

A study conducted by the University of Liege in Belgium monitored 15 extreme night owls and 16 extreme early birds. They measured their brain activity after they first woke up, and then once again 10.5 hours later. The study found that “10.5 hours after waking up, the early birds had lower activity in brain regions linked to attention and the circadian master clock, compared to night owls.”

Researchers from the University of Westminster, after analyzing the saliva of 42 volunteers with different sleep schedules eight times throughout the day for two days, found that those who woke up earlier – before 7.21 am – showed they had higher levels of cortisol, the body’s main stress hormone, than those who woke up later. In a 10-week follow-up study, the Westminster team found that early risers reported more muscle aches, cold symptoms, headaches, and significantly worse moods.

“This work is interesting because it may provide a physiological basis for the often-reported difference between early and late risers.  Early awakening was associated with greater powers of concentration, being busier and experiencing more hassles throughout the day as well as reporting more anger and less energy at the end of the day. On the other hand late wakers were more leisurely and less busy. It is possible that cortisol may contribute towards these differences in temperament as it is known to be able to influence mood and concentration.” This article (Studies Show Late Sleepers are Smarter and More Creative) is a free and open source. You have permission to republish this article under a Creative Commons license with attribution to the author and AnonHQ.com.