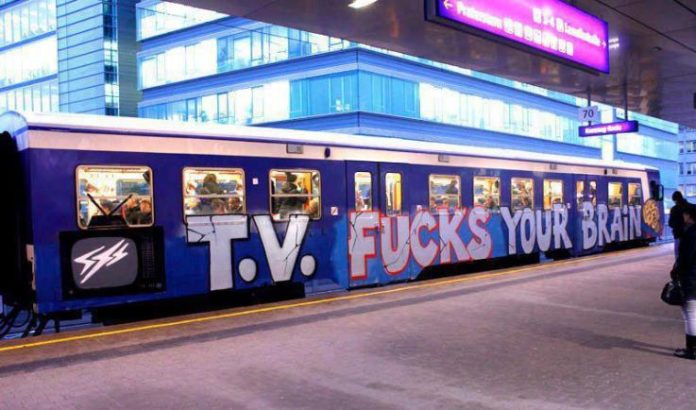 The point I am trying to make here is that the biases of the main stream media are well known, they largely do not even try to hide it anymore – they want to appeal to their fan base.  People who tune in know exactly what they are going to hear, and the matarial is only going to reinforce their convictions, not challenge them.

When it comes to independent media, people do not seem to know what to think. For example, read through all the comments after we post a story about Trump or Clinton and you will see what happens. Any time we criticize Clinton, the comments read we are Republican bigots working to elect Donald Trump; any time we criticize Trump, we are undercover liberal shills working for the Clinton campaign.

It would be funny if it were not so sad.People seem to have adapted a “it is us versus them” philosophy when it comes to politics, anything that challenges their beliefs/opinions are automatically wrong, any person who disagrees with them is wrong. When it comes to independent and anonymous media, which can come at your from any direction, it is not always going to tell you what to hear. A new study has come out that tells essentially the news is structured this way on purpose and the essentially the indoctrination of partisan news makes people less likely to accept general facts. This is because the people who said they watched the main stream media/news, were also the most likely to believe false statements; accept lies than people who did not regularly watch news.

Published August 3rd, 2016 in The Journal of Computer-Mediated Communication the study was named “Driving a Wedge Between Evidence and Beliefs: How Online Ideological News Exposure Promotes Political Misperceptions” and it set out to discover the extent to which media bias impacts the actions and political opinions of television news viewers.

The research revealed when someone who is not a regular news viewer of any kind was asked whether or not they believe a statement that the researches knew was false – such as the statement: President Obama is a Kenyan who was not born in America – just 3% of these respondents said they believe this statement.

As for the people who admitted they regularly watched conservative news, such as Fox and Breitbart, 33% of those respondents said they believe Obama actually is not an American. A refection of a fact reinforced by the media they choose to consume.

The results were not unique to Republicans/conservatives, but for Democrats/liberals alike. Researchers definitively concluded that personal opinions are directly tied to the type of news people choose to watch; that the news programs people watch literally shape their perception of reality – what is factual to them.

For this very reason, the study found that people who watch partisan news will know less overall facts, because they have been taught to consciously reject facts which do not fit in with their ideological beliefs. These people are then found to be more close-minded learning information in general and essentially lowers their own IQ’s.

About the findings of the study, Kelly Garrett, lead author of the study and professor of communication at The Ohio State University said: “Partisan online media drive a wedge between evidence and beliefs. The more people use these sources, the more likely they are to embrace false claims, regardless of what they know about the evidence. What you believe isn’t just about what party you belong to. Where you get your news matters, too.”

We thank you viewers of AnonHQ News and all independent news for that matter, for having an open mind and challenging your beliefs. Work on making your comments more insightful, not incite-ful in the future. This article (Study: Corporate Media Makes People More Likely To Reject Facts) is a free and open source. You have permission to republish this article using a creative commons license with attribution to the author and AnonHQ. Join the conversations at www.anonboards.com.