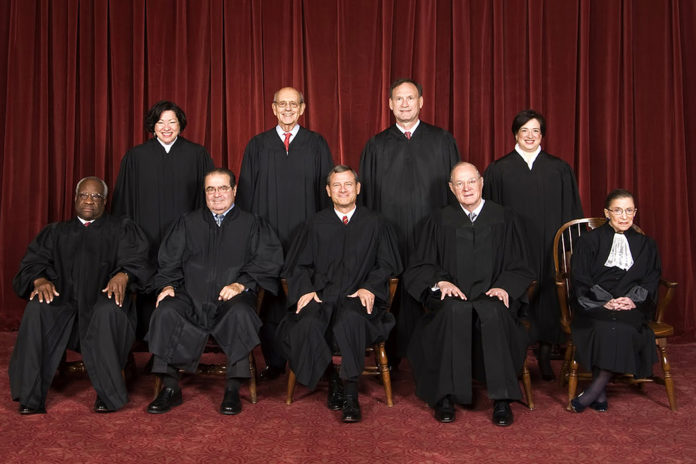 I sat in a court room once on a DUI case, where I heard the judge make the most remarkable statement. He said that the law needs to be flexible, it needs to breathe. In circumstances the law could not predict, common sense must prevail. When laws are written, the authors could not possibly conceive all of the possible exceptions which may arise and the implications they may have on the world around them. This came to mind when I read of the recent Supreme Court ruling, granting further immunity to police officers who shoot fleeing suspects. The case of a Texas cop who shot and killed a fleeing motorist, would be made to appear to exist in one of these legal gray areas, however, to me it is rather black and white.

The case which led to the ruling was Luna vs. Mullenix. In March of 2010, Sgt Randy Baker of the Tulia Texas PD, attempted to arrest Israel Leija Jr. for an outstanding warrant for violation of probation.  A vehicular pursuit ensued. Trooper Chad Mullenix made his way to an intercept point, and in an admitted attempt to “stop the vehicle”, fired six high powered rifle rounds killing Leija. The plot thickened when we discovered that Mullenix had been recently disciplined for inability to make decisions under pressure. His comment to his supervisor upon arrival was “How’s that for proactive?” The court ruled 8-1 that although Mullenix admitted that he was not intending to shoot or kill Leija and was only attempting to stop the vehicle, that he acted appropriately in the killing. The ruling effectively makes suing police virtually impossible in pursuit cases where deadly force was used unless it was “beyond debate” that the force was not appropriate. Justice Sotomayor, the only dissenting vote, stated that the decision undermines the fourth amendment and that Mullenix was a “rogue cop” who attempted to prove something and make up for his past mistakes. She continued to point out that at no time in Mullenix’s training was he ever taught to fire into fleeing vehicles.

Personally, I thought this matter was settled thirty years ago. In almost ten years of police work and rather exceptional police training, rule of thumb was that you cannot shoot a fleeing subject unless they pose an imminent grave danger to public safety, ie. running into a crowd of people with a gun. The reason for this was simple; Tennessee v. Garner. In Tennessee v. Garner, a Memphis cop shot and killed a fleeing burglary suspect after ordering him to halt. The teen, Garner, hopped up onto the backyard fence, and after refusing to comply with the officer’s commands to stop, was shot in the back of the head. This was legal at the time in 1974, however, Garner’s father fought the legal justification all the way to the Supreme Court, and won.

The SCA ruled that Apprehension by the use of deadly force is a seizure subject to the Fourth Amendment’s reasonableness requirement. To determine whether such a seizure is reasonable, the extent of the intrusion on the suspect’s rights under that Amendment must be balanced against the governmental interests in effective law enforcement. This balancing process demonstrates that, notwithstanding probable cause to seize a suspect, an officer may not always do so by killing him. The use of deadly force to prevent the escape of all felony suspects, whatever the circumstances, is constitutionally unreasonable (findlaw.com). The key phrase here is whatever the circumstance.

The contradictory nature of the ruling, effectively gutting Tennessee v. Garner, will lead to countless court cases in an attempt to clarify the differences between the two. This also opens the door to countless appeals of cases that have already been settled. The lone voice of sanity, Justice Sotomayor, should be praised for her accurate assessment of the situation, as her conclusion will be the anchor in the debate to come.