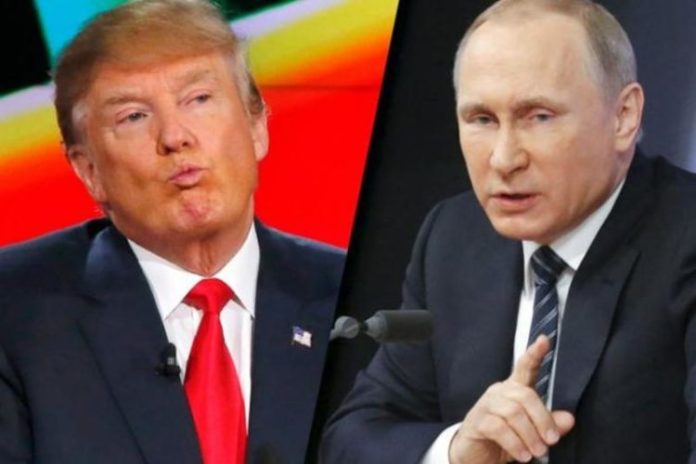 The war has begun. The precursor to World War III or a second Cold War happened when Washington fired as many as 59 Tomahawk missiles against Syria over an alleged Assad-backed chemical attack on civilians.

In fact, nobody anticipated such a reckless attack on Syria by the Trump administration. Only days before the missile attack, the administration had made claims it was looking for a peaceful resolution to the 6-year-bloody conflict. Secretary of State Rex Tillerson and Ambassador to the United Nations Nikki Haley said the United States was not interested in removing President Bashar al-Assad from power. The two top diplomats explained that the fate of Assad should be decided by the Syrian people. But after the allegation of Syrian government forces using chemical weapons against civilians emerged in the media, Trump announced that his views on Assad have changed. He announced that Assad had no future role in Syria.  Subsequently, President Trump ordered the missile strike against a key Syrian military airfield, from where the US claims the chemical attack was launched.

Iran’s Supreme Leader, Ayatollah Ali Khamenei said the missile strike was a strategic error, and a repeat of the mistakes of the past by the United States. President Vladimir Putin also said the aggressive move by the United States was not permissible and violated international law. According to the group, any future blatant “aggression” against Syria would result with an equally hard hit against whosoever carries out such an attack.

“The United States knows very well our ability to react. We, as Syria’s allies, will increase our military support toward Syria and support its people in many other ways,” the group explained in the statement. Meanwhile, in the midst of this strong statement from Syrian allies, the Trump administration is running around looking for sympathy from the international community.

Secretary of State Rex Tillerson, who is due to visit Moscow, told reporters that Russia is to be blamed for failing to stop the Syrian government from the alleged chemical attack. He also accused Moscow of failing to carry out the 2013 agreement to secure and destroy Syria’s chemical weapons stockpile.

Tillerson further added that the United States expects Russia to take a tougher stance against Syria by rethinking its alliance with President Assad because “every time one of these horrific attacks occurs, it draws Russia closer into some level of responsibility.”

This article (Syria’s Allies Say Trump Crossed Red Line with Missile Strike, Vows to Retaliate Future Attacks) is a free and open source. You have permission to republish this article under a Creative Commons license with attribution to the author and AnonHQ.com.