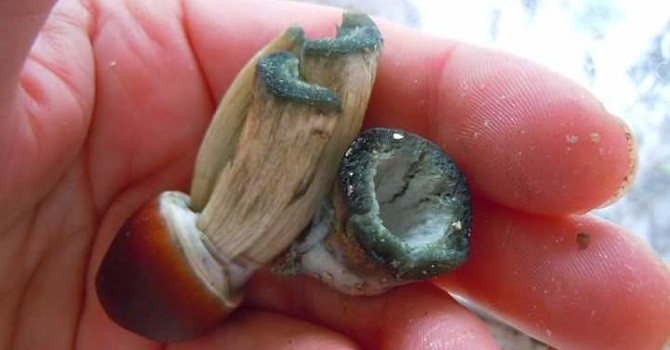 Now that cannabis legalization has begun to spread, more and more people are taking a hard look at the war on drugs. The failed drug policies of yesterday were based on political propaganda, that undoubtedly set the nation back decades in the areas of health and criminal justice.

Hoping to not make the same mistake with other potential natural sources of medicine, researchers have turned their attention to psychedelic mushrooms and psilocybin to see what medical benefits they might provide. While having a reputation for being a harmful street drug, the truth is that psilocybin – the primary hallucinogenic compound found in mushroom – offers us a whole new world of potential medical treatments. Scientists haven’t quite figured out how psilocybin causes the intense psychedelic experience it has a reputation for. They know, however, that it is metabolized in the body from a substance called psilocin. Once metabolized, it binds to the same receptors that interact with the neurotransmitters responsible for your mood.

Serotonin controls many of the functions that affect mood. When psilocybin interacts with the neuron-receptors in the brain, it blocks that receptors ability to interact with serotonin, thereby greatly affecting perception, mood appetite, and a number of other factors you take for granted. The end result is a hyper-connectivity between parts of the brain that normally don’t speak to each other. The effect of this is what most people call a trip. It is during these types of psychedelic experiences that one may have the sensation of tasting colors or hearing smells.

This was confirmed by a study at King’s College London. According to Mitul Mehta, a King’s College researcher, “Through studies such as these we can really begin to tackle the questions of how we achieve coherent experiences of ourselves in the world around us, and understand what makes this break down.”

Researchers don’t really know why the brain experiences the things it does during a psychedelic experience, but they do know that it is the result of this hyper-connectivity. The experience often has the effect of allowing the consumer to put aside matters of the ego, and find their own personal perspectives and vision of themselves. Scientists speculate that it is this ego-abating effect that may tie in to some of the beneficial psychological discoveries found through psilocybin use.

Researchers found that patients who suffer from depression can have long lasting positive effects from just a single dose. Multiple studies have been published by the Journal of Psychopharmacology that show that during tests conducted with cancer survivors suffering from depression, 83% reported long term improvement in symptoms and an overall increase to the quality of life. Some scientists believe that the hyper-connectivity actually causes your brain to re-write its own pathways, fundamentally creating a new you with every experience. Despite the research and positive reviews of the results, the legalization of psychedelic mushrooms for medical purposes is a long way off, if it ever becomes a reality. What is needed is a change in federal law to allow for further medical research, so we can put to bed the harmful myths associated with psilocybin and psychedelic mushrooms, and move forward into a new era of medical exploration.

This article (Studies Show Psilocybin Causes Hyper-Connectivity in the Brain) is a free and open source. You have permission to republish this article under a Creative Commons license with attribution to the author and AnonHQ.com.