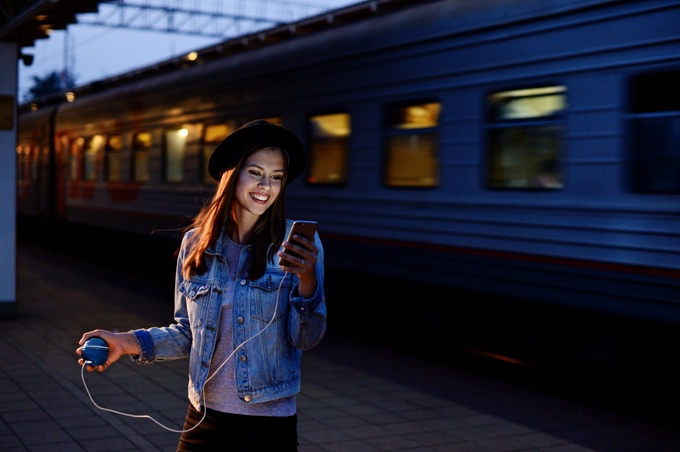 “You may be familiar with the wrist-training device called the Powerball, which is a powerful handheld gyroscope. We came up with the idea of putting a battery, metal coil and magnets inside a similar device for generating electricity. We spent a year developing it, trying to find the best materials we could. After around a dozen prototypes, we finally arrived at one that we were happy with.

“We don’t necessarily think this will be something that you use every day, because it takes around one hour to reach full capacity. But it’s small enough to fit in your pocket, and you can use it anywhere if you find yourself someplace with no plugs or available electricity.”

To charge your gadgets, all you have to do is start HandEnergy by winding the starter ring. Releasing the starter ring will transmit an impulse to the magnetic rotor, at which point you must start rotating the pocket electricity generator with your wrist to keep the rotor spinning.

With an average speed of 5,000 RPM, HandEnergy’s magnetic rotor transmits mechanical power to the stator to create an electric current, thereby charging the 1,000-mAh capacity built-in battery. This power can either be stored in the internal battery or used to charge your electronic gadgets on the spot via USB connectivity.

Vaga insists the pocket electricity generator is not only an excellent emergency source of energy, it is also environmentally friendly as it produces clean energy without the need to burn fuels.

“With each rotation of your hand, the rotor speed increases significantly and generates more power. We translate the mechanical energy you put in into electrical energy and this means you can charge your device. The product is ideal for people who travel frequently or are often away from power sockets.

“It takes between 40 minutes and one hour to fully charge the HandEnergy battery and this speed is reduced by 30 per cent if a phone is being simultaneously charge. Frequent users of HandEnergy can monitor how much energy they have produced using the gadget’s accompanying mobile app.” According to Vaga, users can expect to generate up to 5V/1A of maximum output through HandEnergy’s USB port, while the internal battery is limited to a charge rate of 5V/0.8A, which currently has no option to be plugged in for recharging like a traditional power bank. New Atlas reports:

“Generating electricity from muscle movement is nothing new, as we’ve seen a variety of devices over the years. Products like the SOSCharger utilize the very common hand crank method, while the MiPwr Dynamo iPhone case and K-Tor Power Box rely on squeezing and pedaling, respectively. HandEnergy sets itself apart by allowing people to use a device in one hand while charging with the other, no matter where they may be.

“Although such on-demand power through HandEnergy calls for human effort, some may find it more appealing than pulling a string on the YoGen Charger or jamming with the Spark Shaker. The motion required to operate HandEnergy is similar to that of using a gyroscopic wrist/forearm exerciser, so you could be charging a Smartphone while also clocking in a strengthening workout.”

The HandEnergy Kickstarter campaign hoped to raise €50,000, but its supporters pledged over €71,000 for the invention. Vaga’s pocket electricity generator will be available from March 2017, with an expected retail price of €99.

This article (Teenager Invents Pocket Charger Powered by Energy Generated from Human Body) is a free and open source. You have permission to republish this article under a Creative Commons license with attribution to the author and AnonHQ.com.