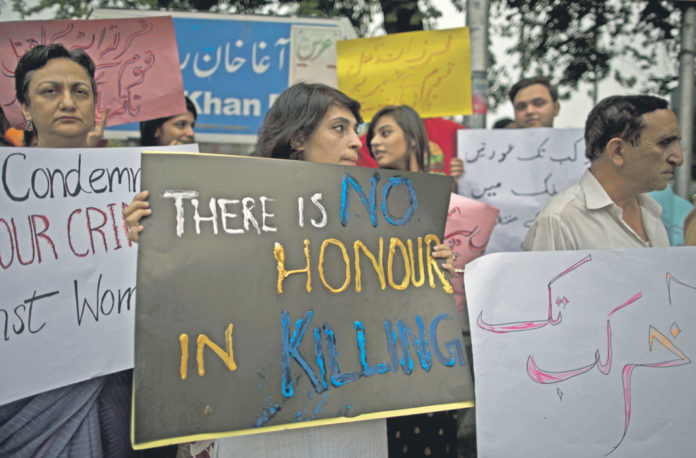 In a most gruesome event, a 15-year-old boy was kidnapped by an angry father and family members, taken to a deserted place near Ravi river in Pakistan and almost killed.

Suspected of having an illicit relationship with the man’s daughter, the boy’s genitals were chopped off and his eyes pricked in the family’s act for revenge. Passerby’s saw the young boy and took him to hospital where he received lifesaving treatment.

The accused and his accomplices were said to have kidnapped the boy in the last week of February, according to the boy’s family. His father has also stated to news outlets that a Pakistan Muslim League-Nawaz lawmaker is supporting the accused for his gruesome crime.

The accomplices include five men, who have all been arrested for the near-death attack on the boy. The boy’s father is urging Pakistan’s Chief Justice to intervene.

The hate crime was said to be conducted by the family in the name of ‘honour.’

Pakistan honour killings have received international attention over the years, and despite tough laws introduced in October 2016, they continue. Attacks are aimed at women who have ‘disgraced’ the family in most cases, however it isn’t uncommon for a male to fall victim.

Since the new laws were introduced last year, 40 honour killings have been recorded. In one case late last year a Karachi couple were both murdered to maintain the family’s honour. Their fate was decided by a traditional men’s council where its chieftain ordered the new husband and wife to be killed. Irfana and Asmat Khan were strangled to death and their bodies buried secretly in a graveyard, said local police at the time.

This article (Teen’s Genitals Chopped Off in Planned Honour Killing) is a free and open source. You have permission to republish this article under a Creative Commons license with attribution to the author AnonWatcher and AnonHQ.com.