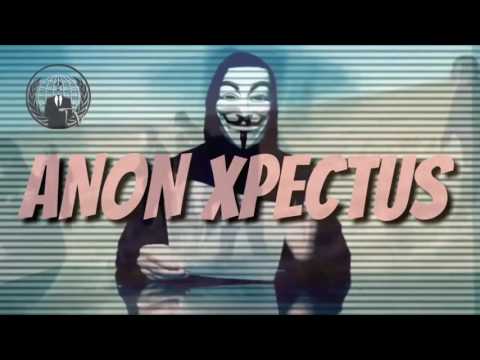 More than 2,000 U.S. military Veterans are deploying themselves to North Dakota to protect Native land protectors and protesters from Morton County Sheriffs’ and collaborating law enforcement agencies. This includes Democratic Representative Tulsi Gabbard of Hawaii, who is also a U.S. Veteran, and was deployed to the Middle East twice. Some of the first groups of Veterans have already arrived to stand on the front line, and they have begun to build barracks.

North Dakota governor, Jack Dalrymple, is starting to pull back on recent statements that he would fine anyone caught bringing supplies into Native American camps after receiving pressure, and in light of the scrutiny the department is under for their aggressive actions towards protestors. A class action lawsuit has also been filed against Morton County Sheriff, Kyle Kirchmeier, by a National Lawyers Guild group for the excessive force that’s been used. We would like to bring to attention that there is currently a petition at change.org to impeach Governor Dalrymple, and Morton County Sheriff Kyle Kirchmeier. The petition currently has nearly 30,000 signers. There is also a petition to remove Kyle Kirchmeier from his position at the Morton County Sheriff’s Office, which currently has over 110,000 signers.

Donald Trump’s currently in the process of choosing a Secretary of State, and has narrowed his choices down to either Exxon Mobil CEO, Rex Tillerson, or former Exxon Mobil CEO, Lee Raymond. Raymond retired from Exxon Mobil in 2006 with a $400M bonus. Exxon Mobil itself is currently under investigation by multiple Attorney Generals following revelations that the company covered up its own scientific findings that linked rising carbon emissions to climate change.

In an effort to criticize Hillary Clinton for supporting an election recount in three states, Trump made the statement that he would have won the popular vote, had millions of people not voted illegally. Trump provided no evidence to go with his claim, and such a claim would itself require an election recount to disprove it. Trump is well remembered for declaring in a debate remark that he would refuse to accept the election result if he lost, yet with the news of Clinton’s support of the recount, Trump Tweeted, quote, “Been around for 240 years. We’ve had free and fair elections. We’ve accepted the outcomes when we may not have liked them, and that is what must be expected of anyone standing on a during a general election. I, for one, am appalled that somebody that is the nominee of one of our two major parties would take that kind of position,” unquote.

Critics on all sides are calling Hillary Clinton a hypocrite for her support of the election recount, and there are few who would refute them. Reince Priebus, the douche-bag who, when asked of Trump’s history of mistreating women, commented that, quote, “people just don’t care,” unquote, condemned Clinton for condoning the recount after she chided Trump for saying he may not concede. While we might not agree with Priebus’s views, he’s actually got a fair enough point in this case.

Meanwhile, Progressives who supported Bernie Sanders are also slamming Clinton and her followers, due to the fact they belittled Bernie-supporters for wanting a recount when it was clear the DNC had screwed him out of the election, and yet they are now calling for a recount themselves.

Jill Stein is receiving her own criticism for pushing for the election recount, as many have the impression she is doing it for Hillary Clinton’s benefit, or simply to spite Donald Trump. This includes Stein’s former running mate, Ajamu Baraka, who stated on Facebook, quote, “I believe that Dr. Stein sincerely believed that she had an obligation, grounded in her commitment to the principle of election integrity, to mount a challenge to the results in those three states. And while I don’t share that position for reasons that I am not going to try and elaborate on here on Facebook, the notion that her decision was made for any other reason than that is a position that I cannot support.” Baraka later continues, quote, “It is unfortunate that after waging a courageous campaign to build an independent, principled political opposition to the two racist, capitalist/imperialist parties, the recount effort has resulted in serious questions regarding the motivations of the recount that threatens to damage the standing and reputation of the Green party, its supporters, and activists,” unquote.

Jill Stein has in turn brought to attention that Hillary Clinton is the sixth presidential candidate to win a traditional majority, but lose the presidency, and she has cited that with Clinton’s defeat in the Electoral College comes familiar signs that the election was, quote, “stripped and flipped.” Indicators of this include, but are not limited to, the stripping of African-, Hispanic- and Asian-American voters from computer generated registration rolls that were mostly maintained by private partisan companies, and the use of unverifiable, quote, “black box” electronic voting machines and central tabulators. The latter two, according to Stein, are also mainly manufactured and maintained by private corporations.

With the current political circus of a U.S. presidential election consuming the majority of mainstream and independent news networks, we’ve yet to focus on Barack Obama here on Teh Weekly News. With only a couple months left in office, President Obama has become all but a worthless lump. Amid outcries from the people, Obama has done nothing to aid those at Standing Rock, despite the video evidence of blatant human and civil rights offenses. When asked about his interest in pardoning Edward Snowden, Obama responded that he couldn’t since Snowden hasn’t been convicted yet. This is not true. In 1974, President Gerald Ford pardoned Richard Nixon for his involvement in the Watergate scandal before he had been indicted. Obama’s weak excuse for not pardoning Snowden extends to Julian Assange and Chelsea Manning, as well. He has, however, quietly moved to expand U.S. operations in Syria while everyone’s been distracted with whatever stupid thing Donald Trump said or did this week.

In world news this week, protests opposing the DAPL, as well as the human rights violations being committed against Native land protectors and protesters, are now taking place in various cities across the world, including Tokyo, Vancouver, Calgary, and London, where an anti-pipeline banner was dangled from the Palace of Westminster. Protests across the United States are ongoing.

In Canada, Natives of the Mohawk Nation have started blockading freight trains that carry oil and other dangerous materials through their territory on Canadian Pacific Railway. The rail lies along the St. Lawrence River near Montreal, and Mohawk Natives have been allowing commuter trains that use the rail to pass. They have announced that the blockade is in solidarity with those at Standing Rock.

Canadian Prime Minister, Justin Trudeau, announced the Canadian government’s approval of the expansion of the Kinder Morgan Trans Mountain pipeline on Tuesday. The pipeline will transport tar sands oil from northern Alberta, to the British Columbian coast. While it was reported that the announcement was not unexpected, it has been met with loud condemnation nonetheless, due to the fact it galvanizes those in the Indigenous communities, as well as environmentalists, activists, and politicians throughout British Columbia. An opposition campaign called, quote, “Coast Protectors,” has been launched by the Union of British Columbia Indian Chiefs.

On Wednesday, the Columbian government approved a peace deal with the Leftist rebel group, FARC. This ends a deadly 52-year conflict, and sets into motion the demobilization and disarmament process which will last 180-days, according to Common Dreams. The FARC is now required to be more open about the illegal activities it engaged in, and to expose more rebels to criminal prosecution. The FARC did not agree to allow jail sentences for rebel leaders who committed war crimes, however, and they opposed having stricter limits on their future participation in politics. The half-century war between the rebels and government claimed more than 200,000 lives, but while there are still underlying concerns, the peace deal is being considered an achievement that shouldn’t be underestimated.

In Anonymous news this week, the war against the DAPL continues. On Sunday, Anonymous member, TouchMyTweets, took out the website of Tigerswan Security, who is in charge of Intelligence at the Dakota Access Pipeline, and supervises the other security companies. Also taken out was G4S Security, which is the company in charge of hiring the security staff at the DAPL. G4S has reportedly come under fire by the UN as well, for human rights abuses committed while overseeing a BP pipeline in Colombia. TouchMyTweets’ Twitter account has since been suspended, though it is unclear whether or not it was due to the attacks against the security companies working for Energy Transfer Partners, or another operation. We wish TouchMyTweets a speedy return, and would like to extend our congratulations for a job well done. Keep up the good work.

And finally, we are happy to report that award winning journalist and former Anonymous hacktivist, Barrett Brown, has been released from prison after serving more than four years. Barrett was arrested in 2012 on charges related to the breach of the U.S. government contractor, Stratfor Global Intelligence. Aside from releasing 200 gigabytes of data, including email addresses and credit card information on military and law enforcement clients, it was exposed how the firm spied on activists on behalf of corporations. Although he was originally given a ridiculous sentence of more than 100 years, prosecutors reduced that sentence to almost five-years under a plea agreement. He is also expected to pay restitution fees and a fine that totals almost $900,000. Barrett was released to a halfway house in Dallas. On Thursday, he wrote a post on D Magazine’s website, stating, quote, “We have a TV and an Xbox 360. When I came in, they were watching the 1990 Charlie Sheen vehicle Navy Seals, a film of extraordinary obnoxiousness. Further reports will follow. …Greetings to my various enemies. Down with all human institutions,” unquote.

This article (Teh Weekly News, Ep. 10 – U.S. Vets vs. DAPL Cops, Barrett Brown Released, Anonymous War on DAPL Continues) is a free and open source. You have permission to republish this article under a Creative Commons license with attribution to the author and AnonHQ.com.

Bertrand, Natasha (2016). Obama quietly expanded the US’ war on terror – and many fear it could give Trump more power. Business Insider. Retrieved from: http://www.businessinsider.com/obama-aumf-trump-al-shabab-2016-11

Dore, Jimmy (2016). Same Fraud That Screwed Bernie Is What Hillary Claims Happened To Her. The Jimmy Dore Show. Retrieved from: https://www.youtube.com/watch?v=Q1ERD4wi0To

Milman, Oliver (2016). Dakota Access Pipeline plan still on despite protests across the US and world. The Guardian. Retrieved from: https://www.theguardian.com/us-news/2016/sep/13/dakota-access-pipeline-protests-north-dakota-sioux