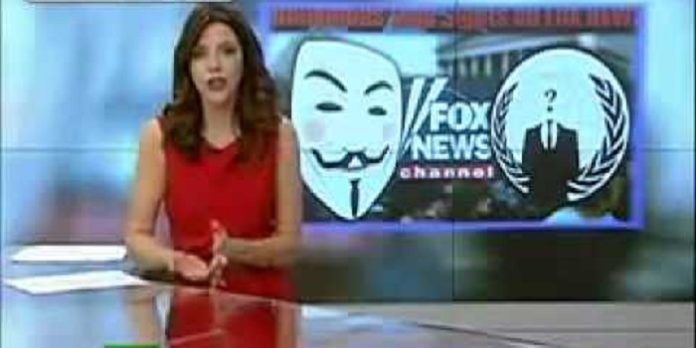 Tuesday morning, climate activists shut down all tar sands pipelines that cross the U.S. – Canadian border to show solidarity with those fighting the Dakota Access pipeline. Activists planned the action to coincide with the International Days of Prayer and Action with Standing Rock, and was employed by installing manual safety valves to shut the pipelines down. This news comes prior to reports that 19 different U.S. city governments have passed resolutions or written letters opposing the DAPL, in an effort to express solidarity with land protectors, as well. Documentary film maker, Deia Schlosberg, was arrested and charged with 3 felonies after filming one of the pipeline shutdowns, and her footage was confiscated by authorities.

In a recently leaked audio recording obtained by the Washington Post, Donald Trump can be heard having a lewd conversation with George Bush’s nephew and Access Hollywood host, Billy Bush. The conversation took place on the Days of Our Lives soap opera set in 2005, when Trump had an appearance on the show. He can be heard in the audio bragging in a vulgar manner about kissing, groping, and trying to have sex with women, stating that as a star, it is easy to do. When confronted at Sunday night’s town hall-style debate, Trump dismissed the leaked audio as quote, “locker room talk,” and tried to deflect attention to Bill Clinton’s sexual conduct. He later threatened to jail Hillary if he becomes president. This news comes amid new sex assault allegations against Trump.

Quite a few republicans are now shying away from Donald Trump after the leaked audio recording, from Paul Ryan, who has stated he will no longer defend Trump’s candidacy, to the chair of the New Mexico College Republicans, Michael Aguilar, who has announced the College Republican’s support for Gary Johnson instead.

Latest leaked documents from WikiLeaks shows how the Clinton campaign has been using political calculations to influence decisions such as her stance on Wall Street reform to win over liberals, gauging how much outrage to display at congressional hearings on Benghazi, and using the Keystone pipeline issue to distract from her secret mail server, according to the Washington Times. This information was obtained through leaked emails belonging to Clinton’s campaign chairman, John Podesta. While some reports are trying to ease the newest revelations by stating the documents prove only that Hillary Clinton is a politician, these reports dismiss the fact that Clinton is a current presidential nominee who has been found only to take stands on controversial issues after considering the effect it will have on her bid for the White House.

On Wednesday, Wells Fargo announced its chief executive and chairman, John Stumpf, will be resigning from the megabank following the recent banking scam, in which it was found thousands of low-level employees were opening accounts in customer’s names, without knowledge or permission, and racking up banking fees. Although Stumpf resigned, senator and chair of the Congressional Oversight Panel, Elizabeth Warren, has called for a criminal investigation into Stumpf’s actions. Whistleblowers at the bank were stepping forward to inform banking officials of the scam as far back as 2005. To eliminate the whistleblowers, higher-ranking banking officials would have the individuals closely monitored for minor infractions, such as arriving to work 2-minutes late, and then would have them fired. After the Sarbanes-Oxley Act passed in the wake of the Enron Fraud, firing a whistleblower is now considered a criminal offense that could result in jail time.

The independent autopsy of Keith Lamont Scott was released Wednesday, showing he was shot at least 3 times, with one bullet entry in his back. The autopsy has classified the shooting as a homicide, and states the shots to Scott’s back and abdomen were the, quote, “mechanism of death,” unquote. Scott’s wife, Rakeyia Scott, requested the independent autopsy after the Mecklenburg County Medical Examiner’s Office refused to release any information to the family about his wounds or cause of death. According to Democracy Now, the Department of Justice has announced that it will now be collecting data on police shootings, however Civil Rights groups have criticized the plan since it relies on police forces to voluntarily submit the data.

In world news this week, a U.S. warship fired missiles into the Houthi-controlled territory of Yemen, striking targets, the Pentagon claims, were radar installations the Houthis used recently to fire on a different U.S. warship. This news comes after reports of a U.S. backed airstrike that hit a funeral in Yemen over the weekend, killing 140 mourners, according to Democracy Now. The U.S. government, who just sold $1.3 billion in arms to Saudi Arabia last year, is now concerned it could potentially be implicated in war crimes for supporting a Saudi-led air campaign in Yemen that has killed thousands of civilians. This information was obtained by Reuters through various emails and other records. When asked by Matt Lee of the Associated Press how U.S. backed airstrikes are different from Syrian and Russian airstrikes, State Department spokesperson, John Kirby, struggled to answer.

In a recent report from The Intercept, the FBI conducted a secret study in 2012 that found anger over U.S. military operations abroad was the most common contributor to cases of homegrown terrorism. Factors that did not significantly contribute to radicalization were prison time, military service, and international travel. The study recommended agents focus on web forums, social media, and various other online interfaces instead, and to increase their surveillance of, quote, “known radicalizers,” and those who contact them. According to The Intercept, pundits and politicians tend to focus on the role of religion in an effort to shift ideologies to justify terrorist acts, rather than admitting to the American public that it is the U.S. government’s own actions that instigates homegrown terrorism.

In a report from RT, various no-go zones have been established throughout France by quote, “gangs of rivals,” though authorities are denying their existence. This adds to already heated debates in France in the run-up to the presidential election next spring. According to police union representatives, no-go zones do in fact exist, but are a taboo subject because to admit to their existence is to admit to the failure of the state. Police do not patrol these areas, and will only enter with reinforcements.

Russia has given the go-ahead for the Russian Air Force to remain at the Khmeimim Airbase in the Syrian province of Latakia on a permanent basis, according to RT. Russian forces have already been located at the base since 2015 by invitation of the Syrian government, and now both Russian Parliament houses have agreed that Russian planes can stay for an unspecified period of time. Due to the timing of this action, it is apparent this is another move by Russia in what is being described as a political game of chess. It is unclear yet what the West’s reaction will be.

In Anonymous news this week, Alek Hidell interviews Transhumanist Party Presidential Candidate, Zoltan Istvan, on the Anoncast. The Transhumanist Party is politically-centric, and quote, “aims to support its candidates and voters with future-inspired policies that will enrich America and the world,” unquote. Join Alek as he speaks further with Istvan about the current presidential election, transhumanism, and Istvan’s presidential platform.

And finally, in a recent Anonymous announcement, war has been declared against the United States corporate-controlled government, and citizens are now being called upon to engage the revolution. For years, peaceful means to resolutions have been sought in vain. As citizens gather to peacefully protest, they are met with militarized forces wielding batons, mace, and guns, only to later be portrayed by the mainstream media as the original aggressors. With this election season, all morals and values have been stripped from America as we watch sex-offenders and corporate hawks lay claim to power through bombardments of blatant lies and deceit. Our so-called political leaders have sent us the message this year that with enough power, one can say and do whatever they want without consequence, no matter the level of irrationality or corruption.

With the future that is being molded for our children in mind, let us rise together to defeat the occupied forces who are killing our brothers and sisters, destroying our environment, shredding our Constitution, and robbing us of our American dream. The Declaration of Independence establishes the supremacy of the people, and it’s the people’s right and obligation to take their nation back from a government that does not serve them. Take to the streets, and join any movements, causes, or organizations that stand for rights you identify with, and help to connect those movements, causes, and organizations to one another. Anyone can be involved, and all are Anonymous. Together we are legion.

This Article (Teh Weekly News – Episode 3) is a free and open source. You have permission to republish this article under a Creative Commons license with attribution to the author and AnonHQ.com.

McCauley, Lauren (2016). ‘This Is My Act of Love’: Climate Activists Shut Down All US-Canada Tar Sands Pipelines. Common Dreams. Retrieved from: http://www.commondreams.org/news/2016/10/11/my-act-love-climate-activists-shut-down-all-us-canada-tar-sands-pipelines

Mehta, Seema (2016). New sex assault allegations against Trump: ‘He was like an octopus’. LA Times. Retrieved from: http://www.latimes.com/nation/politics/trailguide/

Williams, Janice (2016). Jill Stein Will Be on the Ballot in These States on Election Day. IB Times. Retrieved from: http://www.ibtimes.com/jill-stein-will-be-ballot-these-states-election-day-2428052