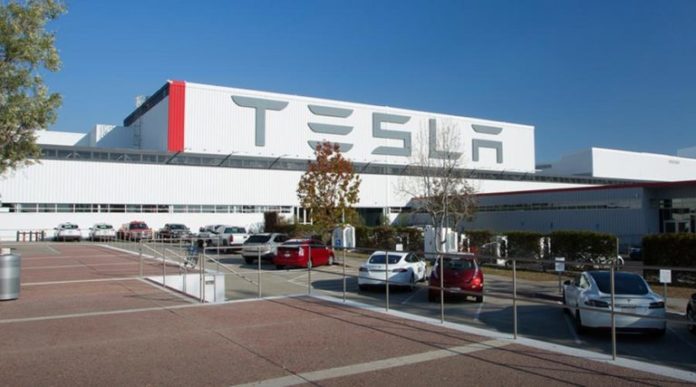 Tesla Motors made a handsome profit this quarter for the first time while the US oil industry is in the red.

Tesla Motors, the American automaker and energy storage company, made $22 million in profits last quarter, handily outdoing the entire US oil industry who managed to lose $67 billion last year due to the major instability in oil prices. This is great news for Tesla, who has frequently been maligned by Wall Street analysts as permanently unprofitable. Tesla had previously stated that last quarter was their last opportunity to show investors that the company, which embraces alternative energy, could be profitable and have a positive cash flow. Tesla’s recent growth shattered even the company’s own expectations as they were able to open 17 new stores and service centers and delivered nearly 25,000 vehicles. However, doubts have been raised as to whether Tesla’s recent successes were enabled largely by the massive government subsidies it receives.

Tesla Motors, along with CEO Elon Musk’s three other companies, have benefited from over $4.9 billion in government (i.e. taxpayer) support, only half a billion less than that received by the entire fossil fuel industry. In a recent example, the state of Nevada decided to offer Tesla $1.3 billion in benefits for the construction of a Nevada battery factory after a year of tense negotiations. Musk also secured $126 million in California subsidies for the development of its energy storage technology. Though there is reason to celebrate Tesla’s initiatives in the alternative energy sector, taking the first steps of weening the country off of fossil fuels, it appears that US taxpayers are already funding the “popular uprising” against oil and gas that Musk recently called for whether they want to or not. Yet, unlike Tesla’s share-holders, it remains doubtful that any of Tesla’s new-found profits and stock price increases will benefit US taxpayers in the short term.

Tesla’s success last quarter stands in sharp contrast to the state of the US fossil fuel industry. Oil prices, largely thanks to geopolitical turmoil in the Middle East and unsuccessful OPEC deals regarding production cuts. The sharp drops in oil prices last year, which at point reached less than $40 a barrel, left many oil and gas companies on edge, with smaller companies declaring bankruptcies and larger companies warning that oil storage will run out within the year. Many fossil fuel companies were in risky positions anyway after investing in costly, last-ditch extraction efforts such as fracking and off-shore drilling, which become major liabilities with plummeting oil prices. Even the $5.5 billion in subsidies energy companies receive from the federal government couldn’t save them.

The fact is that peak oil – the idea that oil will someday reach its “peak” and will subsequently begin to run out – has already happened. Actually, it happened 5 years ago in 2011. The reason fracking and off-shore oil drilling are expanding is not because it is profitable, it’s because that’s all that’s left. Fossil fuel companies are on their death bed and instead of making the albeit painful but necessary switch to renewable energy, they clinging to their and the world’s fossil fuel addiction until there’s nothing left. Though Tesla’s efforts prove that there is profit in renewable energy, it too could prove problematic due to the company’s addiction to federal subsidies. The real solution to this problem is for the federal government to stop covering up the greatest invention of Tesla’s motors namesake, Nikola Tesla’s free energy device. Tesla and other companies won’t touch it because there is no profit to be made in free energy. This just illustrates that the battle to end fossil fuel dependence is a key part of the battle to end humanity’s dependence on profits.

This article (Tesla Made More Than The Entire US Oil Industry Last Quarter) is free and open source. You have permission to republish this article under a Creative Commons license with attribution to the author and TrueActivist.com