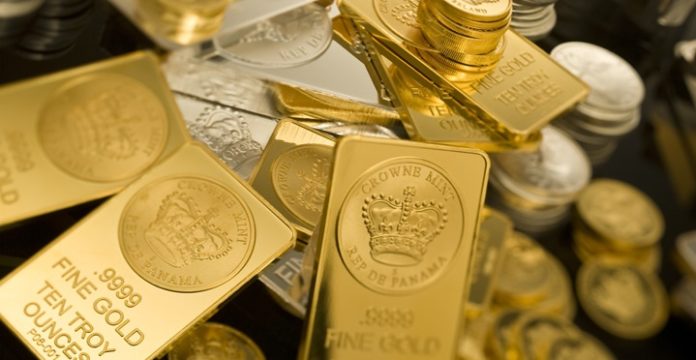 (TDS) Last year Texas Governor Gregg Abbott signed HB 483, allowing the creation of the Texas Gold Depository. “With the passage of this bill, the Texas Bullion Depository will become the first state-level facility of its kind in the nation, increasing the security and stability of our gold reserves and keeping taxpayer funds from leaving Texas to pay for fees to store gold in facilities outside our state,” he said last June.

This gold bank would allow Texas to recover the gold that it has stored in New York vaults, and give Texan citizens and institutions a chance to store their gold in the facility, and open checking and savings accounts that would be valued in gold rather than dollars. This even opens the possibility of making gold transactions electronically for the very first time.

Now several companies are offering competing plans to build the depository, including Brinks, Anthem Vaults, and Texas Precious Metals. TPM wants to create a sprawling 46,000-square-foot facility with 12-inch concrete walls. Brinks would utilize a series of preexisting vaults that they own and operate in Texas, while Anthem vaults would build “multiple vaulting locations throughout Texas to enable all Texans access to their bullion within a reasonable distance from their homes.” They wold also set up coin shops that could accept deposits on behalf of the vault.

According to Representative Giovanni Capriglione, the original sponsor of HB 483, “I am optimistic that the depository will be up and running at the end of this year or the beginning of next year.” What isn’t being said by the original proponents of this idea, is that it would give Texans a solid alternative to the Federal Reserve banking system and the US dollar. And should the dollar ever lose its global reserve status, Texas will be in a financial position that is far more resilient than the rest of the country.

This article (Texas Is About to Build a Gold-Backed Bank) by Joshua Krause originally appeared on TheDailySheeple.comand was used with permission. Anti-Media Radio airs weeknights at 11pm Eastern/8pm Pacific. Image credit:digitalmoneyworld. If you spot a typo, email [email protected].