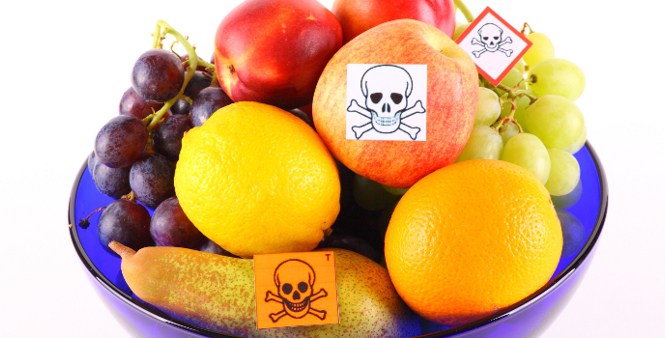 However, if you have been led to believe that genetically modified foods were one of the main reasons why the world was enjoying food with less pesticide residues, you are being misled – the fact is, GMOs replaced one class of harmful pesticides with something more poisonous – neonicotinoids, dicamba, 2,4-D, DDT, glyphosate and its family of products including Round Up – and therefore ended up doing more harm than good.

Herbicide and insecticide use on GMO crops is skyrocketing. Over 99% of GMO acreage is modified to tolerate glyphosate, which, according to the World Health Organization, is a probable carcinogen. A 2015 Harvard study found that plants develop resistance to herbicides over time. “Weeds that have developed resistance to herbicides such as glyphosate may require higher amounts of glyphosate and perhaps other herbicides to keep them in check, and this means that herbicide-tolerant crops will be exposed to higher levels of herbicides as well.”

Large-scale deployment of seed treatments has caused a rapid increase in the use of neonicotinoid insecticides and preemptive pest management in US field crops, a study by the Pennsylvania State University found in 2015.

“Neonicotinoid use increased rapidly between 2003 and 2011, as seed-applied products were introduced in field crops, marking an unprecedented shift toward large-scale, preemptive insecticide use: 34–44% of soybeans and 79–100% of maize hectares were treated in 2011. This finding contradicts recent analyses, which concluded that insecticides are used today on fewer maize hectares than a decade or two ago. If current trends continue, neonicotinoid use will increase further through application to more hectares of soybean and other crop species and escalation of per-seed rates.”

In 2013, the European Food Safety Agency warned that exposure to two neonicotinoids – acetamiprid and imidacloprid – may affect the developing human nervous system. And while Dow and Monsanto have dicamba and 2,4-D-resistant crops, both dicamba and 2,4-D are potentially more damaging than glyphosate to the environment and to human health.

No, GMO food won’t hurt you. The vast quantities of glyphosate pesticide REQUIRED for growing GMO food WILL. https://t.co/h14FTtxyIM

This Article (Thanks To GMOs, Americans Are Consuming Highly Toxic Pesticides EVERY SINGLE DAY) is free and open source. You have permission to republish this article under a Creative Commons license with attribution to the author and AnonHQ.com.