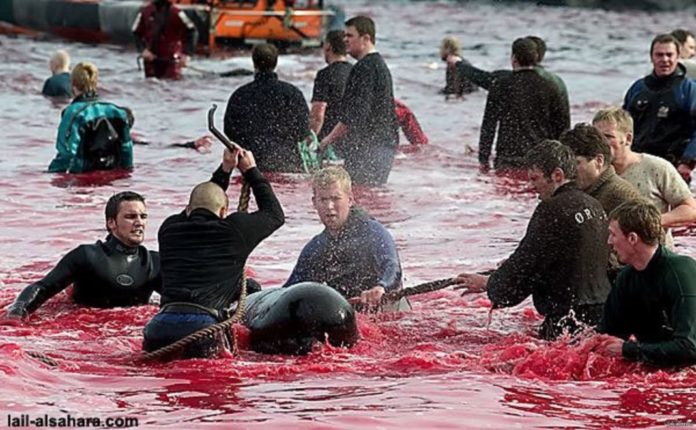 Our species’ devastating impact on the planet is undeniable; the extinction rate of the Earth’s species is one of the most defining examples that support this fact. In the last 40 years, around 50 percent of the Earth’s species have been lost as a result of habitat loss and unsustainable hunting, according to a WWF analysis.

A combination of man-made climate change, hunting and the destruction of habitats has threatened the future of many of the world’s most unique and incredible species, placing unprecedented pressure on dwindling populations. Experts estimate the rapid loss of species is between 1,000 and 10,000 times higher than the natural extinction rate, leading many to question the fate of our planet in the wake of the current mass extinction.

“Unlike past mass extinctions, caused by events like asteroid strikes, volcanic eruptions and natural climate shifts, the current crisis is almost entirely caused by us — humans,” explains the Center for Biological Diversity. “In fact, 99 percent of currently threatened species are at risk from human activities, primarily those driving habitat loss, introduction of exotic species and global warming.”

While many of these threatened species are recognized by many – the elephant, rhino, silverback gorilla – the majority of the species that meet their end go unnoticed. Here are 10 recently extinct species that you are likely not familiar with.

A sub-species of the Black Rhinoceros, the West African Black Rhinoceros was driven to extinction by poaching and the rising demand for rhino horn. The last of the species was sighted in 2006, in Cameroon. The sub-species was declared extinct by the International Union for Conservation of Nature’s (IUCN) Red List of Threatened Species just 5 years later.

The Dusky Seaside Sparrow’s numbers began to significantly decline shortly after the sparrows’ nesting grounds were flooded in an attempt to reduce mosquito populations around Kennedy Space Center. Habitat loss, pollution and pesticides are believed to have contributed to the birds’ continuing drop in numbers.

Hunted in order to harvest their skins, whiskers, internal organs, and oil, the Japanese Sea Lion was last confirmed to be alive in 1951, where a population of 50 to 60 sea lions were seen on Takeshima Island.

The species population saw a dramatic decline following the early decades of the 20th century, due to over-harvesting. In addition to being hunted, the Japanese Sea Lion was often shot by persecuting fishermen, and also captured for the circus trade.

Although little is known about the species, it is believed over-hunting and habitat loss was caused by the alteration of the land, by bombs and artillery in 1944, and local urban development.

Lonesome George died in 2012, in the prime of his life. The sub-species can live to the age of around 200 years. It is uncertain what caused Lonesome George’s untimely death, however, it is suspected that he may have suffered a heart attack.

Once a robust species, the Great Auk was driving to extinction by over-hunting. Valued for their meat and feathers, this unusual flightless bird could be found across the North Atlantic seas. Although the bird closely resembles a penguin – in fact, it was regarded as the “original penguin” – the species is a sea bird.

As the bird was flightless and clumsy on land, the Great Auk was unable to flee from pursuing humans. The last of the Great Auk species were killed in June 1844 at Eldey Island, Iceland.

The Golden Toad was formally a common species in Reserva Biológica Monteverde, Costa Rica. Once abundant in the elfin cloud forest, the Golden Toad suffered a dramatic population decline due to global warming, airborne pollution and its restricted range.

According to reports, the species last bred in normal numbers in 1987. The last Golden Toad, a male, was seen in 1989. Since then, extensive searchers of well-known breeding sights have shown no success. The species was later declared extinct in 2004.

Renowned for their long whiskers, the Javan Tiger is a sub-species that was native to the Indonesian island of Java. Smaller than their mainland cousins, the Java Tiger was driven to extinction by deforestation. In 1938, as much as 23 percent of the island was covered in natural forest; however, by 1975, as little as 2 percent of the forest remained.

The species faced additional strain when its most important prey species, the Rusa Deer, were lost to disease in a number of reserves and forests during the 1960s. The Javan Tiger became extinct by 1970.

The Baiji Dolphin, also knows at the Chinese River Dolphin, is a freshwater dolphin that was found in the Yangtze River, China. The only living representative of the family Lipotidae, the Baiji Dolphin gave us a unique insight to the evolution of whales, dolphins and porpoises. The species’ untimely demise marked the end of an entire family of mammals.

Declared extinct in 2006, the Baiji Dolphin population declined rapidly over the course of 50 years due to pollution and unsustainable by-catch cause by destructive fishing methods.

Although it is still uncertain what caused their decline, it is believed disease, upstream water disturbances and logging contributed to the frog’s demise. In 2013, researchers successfully used genome technology to bring back the extinct species. Although the project’s resulting embryos survived past a few days, the initial success has given scientists a platform to save threatened species, and even bring some of the world’s extinct animals back into existence.

This article (The 10 Species You Didn’t Know Were Driven to Extinction by Humans) is a free and open source. You have permission to republish this article under a Creative Commons license with attribution to the author and AnonHQ.com.