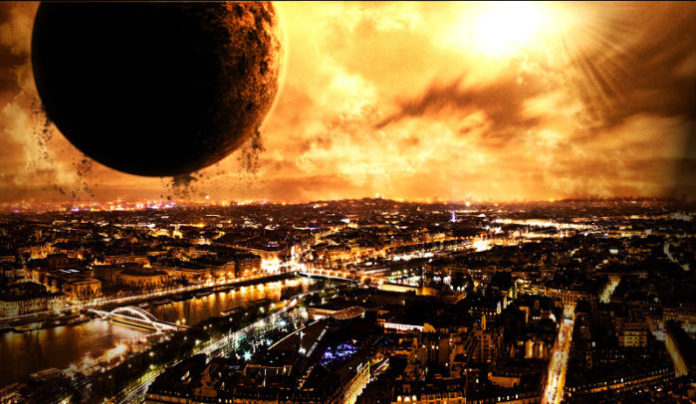 Somebody is saying that if you are sticking to your New Year’s resolutions, you should have a second thought – 2017 is rumored to not end while this year.

A massive death planet is about to hit our planet, killing us all. This is according to the British prominent author, David Meade. By profession, Meade is a research scientist. His background in research and experimental design has enabled him to develop a unique and powerful approach to Pinewood Derby racing. Apart from this professional activity, Meade also enjoys astronomy and designing rockets. Meade is the author of the book ‘Planet X: The 2017 Arrival’. In the book, he reveals there is overwhelming evidence to prove that a planet will collide with Earth in September or October this year.

Meade goes on to say that the global elite (the 1%) are very aware of this impending doom, and are preparing themselves for the disaster, already having built bunkers, hoping to use them to survive the collision.

Meade also believes the public is being kept in the dark deliberately, so that a mass panic situation is avoided. He talks about the increase in earthquakes and heat waves in recent times as a sign to his impending doom forecast.

“Storm systems are multiplying both in type, intensity and size. Sinkholes and cracks are appearing in the earth’s crust. Heat waves are getting stronger and are lasting longer. Earthquakes have dramatically increased both in number and intensity,” says Meade.

Meade gives a detailed description on how the unknown planet would collide with ours. He says on September 23, 2017, the moon will appear under the feet of the Constellation Virgo.  At the same time, the Sun will also appear to precisely clothe Virgo. Only this one that occurs in 2017 constitutes a ‘birthing.’ This is when planets traverse within the legs of Virgo. Jupiter is birthed on 9-9-17, according to him. The next event following this process is Planet X (the unknown planet) fully eclipsing the Sun and covering the whole Earth. A full moon in shadow would occur on the next full moon date – Thursday, October 5, 2017. This would signify the End of the Age. Planet Earth would be destroyed along with humanity, except those who get the opportunity to enter the bunkers.

Coincidentally, Meade is not the only person predicting that the Earth will be destroyed soon. The American entrepreneur, Robert Vicino also holds similar belief; although Vicino is unable to give a specific date of when the destruction is likely to occur, he believes it’s just around the corner.

Vicino is the founder of the Vivos Group, a Californian-based company that proposes to build hardened underground shelters designed to withstand future disasters and life-extinction catastrophes. Currently, Vivos has completed the construction of a 10,000-square-foot (0.093 ha) bunker in the state of Indiana. Others are still under construction in other states. Even as of April 2012, Vicino revealed his company had approximately 25,000 subscribers, of whom 1,000 had bought shares entitling them to space in the bunkers. This of course confirms Meade’s assertion that some people believe that planet Earth’s days are numbered. “There is no doubt about it is coming. It is going to be epic, right out of the Bible. If you survive and you are injured, burned from radiation, you are going to survive off the land, on the streets, with the rats and with the other people – that is called hell on earth,” says Vicino.

Conspiracy theorists have predicted many times in the past that an unknown planet beyond Neptune – called Nibiru (Planet X) – is going to destroy Earth. Of course, these predictions have failed. But adherents to this theory won’t stop; they’re still expecting it to happen.

In December 2015, it was widely expected among these theorists that Earth would be destroyed. Prior to December 2015, it was predicted in 2012 that the unknown planet would smash into Earth to coincide with the Mayan apocalypse. Before this prediction also, Nancy Lieder, an American website writer who claims to have an alien implant in her brain, predicted in 2003 that a planet would destroy Earth.

However, NASA has consistently dismissed these wild claims that a planet is on course to destroy Earth. According to NASA, Nibiru and other stories about unknown planets are all a hoax.

The agency believes there is no factual basis for these claims, saying if Nibiru or Planet X were real and headed for an encounter with the Earth, astronomers would have been tracking it for at least the past decade, making it visible, by now, to the naked eye. Zecharia Sitchin, a Soviet-born American writer, first wrote about Nibiru in his widely publicized book ‘The 12th Planet,’ in 1976. Sitchin claimed in the book that Nibiru was inhabited by a race of ‘ancient aliens’ – the Annunaki – who had created the human race.

The book was purchased by thousands, and is still relevant to many people throughout the United States and other parts of the world.

This article (Prominent Author Predicts Earth will be Destroyed in October 2017, the Rich Start Building Bunkers) is a free and open source. You have permission to republish this article under a Creative Commons license with attribution to the author and AnonHQ.com.