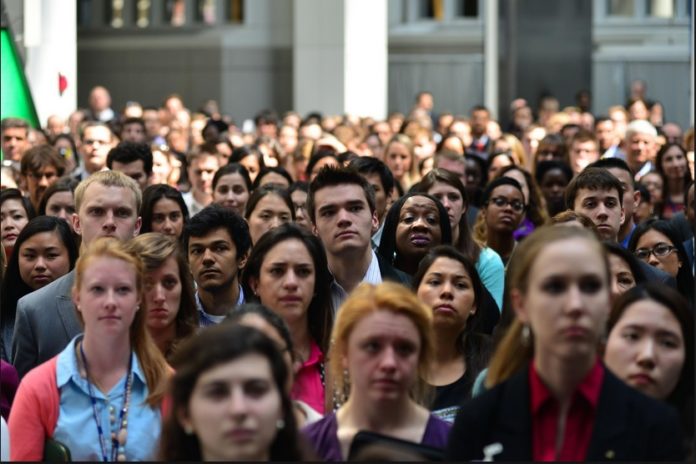 The millennial generation is now reaching the age of 30. Many of these 80’s and 90’s kids are having children of their own, and recent surveys show that one in five millennial parents is living in poverty. Primarily, this is a result of rising costs for raising children, declining wages, high levels of unemployment, and high debt-mostly college related. But the boomer generation doesn’t seem to think so: Millennials are to blame for their own financial status, thanks to wasting time on the Internet and being too lazy to find jobs. [1] It is true that millennials are under dire financial situations, but it is not because of how they spend their money, nor is it the result of how many Facebook quizzes they take or BuzzFeed listicles they read. It has more to do with the financial legacy left to them by their predecessors, ie. the boomers.

There is a lot of hate towards the millenials. Patricia Sellers at Fortune writes: “While we Baby Boomers typically place high value on pay, benefits, stability and prestige, Gen Y cares most about fun, innovation, social responsibility, and time off.” Charles M. Blow at the New York Times wrote witheringly of the “selfiegeneration” that: “All in all, we seem to be experiencing a wave of liberal-minded detach-ees, a generation in which institutions are subordinate to the individual and social networks are digitally generated rather than interpersonally accrued.”

Sherri Elliott-Yeary, a workplace consultant, says, “Millennials are not willing to make work the central focus of their lives as Baby Boomers have.” Millennials are all too busy looking for fun to buckle down and work—which is why companies have to resort to juvenile features like slides and ball-pits to attract millennial workers, and why millennials flock to the Internet. Millennials believe in YOLO, FOMO, and #picsoritdidnthappen.
Majority of the reasoning is as follows: Young people are wasting too much time doing unproductive things on the internet. They are lazy and grab every opportunity to waste time. They aren’t even trying hard enough to find jobs. No wonder, they’re poor!

But this generation is an unlucky one. They were handed every possible disadvantage by the previous generation. Boomers created a social, economic, and environmental mess that will take decades—if not centuries—to clean up, gifting millennials with war, climate change, a recession, runaway inflation, and an absurdly competitive job market.

The millennials were told that if they followed the American “prescription for success”, which began with a nice college degree, they would be successful in the American society. They listened to their advice. But unfortunately, they entered college precisely at the moment tuition was skyrocketing, endowments were falling, and interest on student loans was climbing. College loans are a major contributor to millennial debt, so much so that there are legitimate fears of a college debt bubble that could be as devastating as the tech bubble of the 1990s (boomers) or the recession (boomers again).

At Medium, Hanna Brooks Olsen writes of the myth served to millennials:
I went to a university (something that neither of my parents did, through choice and circumstance and a systemic series of beliefs about who college is for) to no longer be poor, because I believed, as I was told by guidance counselors and the media and many adults and colleges themselves, that that was the only way to be not-poor. And yet, going to college made me, at least in the years since I’ve graduated, more poor.

There is also the belief that the poor should not have fun. And that if a person is technologically engaged, he/she cannot be poor.The internet is definitely more than just Instant messaging and Snapchat. It is about networking, and making and maintaining relations efficiently…which can further lead to a job.

SE Smith, writing for The Daily Dot rightly says, “We shouldn’t be shocked that millennial parents are the poorest generation in 25 years, nor should we be blaming it on the baby pictures they’re posting on Facebook. Instead, we should be placing the responsibility where it really lies: on the generation that set millennials up for failure and their determination to continue arguing that millennials brought this upon themselves.”