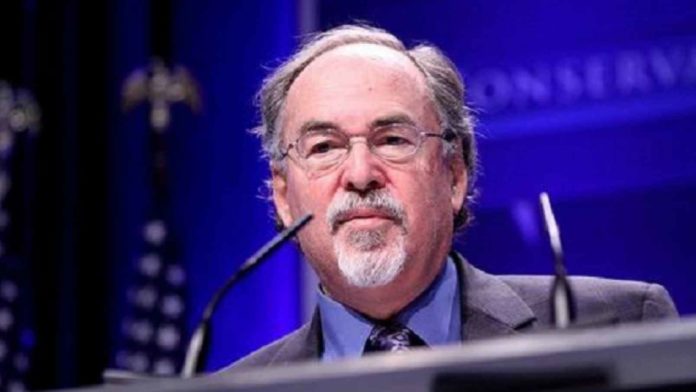 The Californian-based anti-Muslim, anti-immigration David Horowitz Freedom Center may soon find itself in hot water after it was discovered to be funding overseas political parties.

The Freedom Center, The Intercept reports after investigations, is a non-profit operating under the 501(c)3 – meaning a charity funding a political campaign is a violation of IRS tax law. According to records posted by the Dutch interior ministry, a subsidiary of Geert Wilder’s People’s Party for Freedom (PVV) – the Friends of the PVV Foundation – multiple donations were received.

The donations, totalling 126,354 euros between 2014 and 2015, were confirmed by the president of the Freedom Center, Michael Finch, over the phone to The Intercept, but said they were possibly a “pass through” for Geert Wilder’s legal defense fund, possibly stemming from 2010. According to Finch during the phone call, he commented that he would need to “do some research” and respond to further questions via email – requests, according to The Intercept that were never answered.

Geert Wilder, a politician calling for an end to Muslim immigration, also wants mosques and Islamic schools shut down in the Netherlands. According to polls, Wilder’s PVV party may see a clear win of the largest number of seats in the upcoming Netherlands elections this March.

Further to the bans, Wilders also wants to see residency permits retracted for a set duration and “Islamic statements that are contrary to public order” to be banned along with headscarves.

Geert Wilders is also known as the “Dutch Trump,” and launched an attack on the Moroccan population calling them “Moroccan scum,” an event that led to the need for his legal defense fund.

“The gift from the David Horowitz Foundation to the ‘Friends of the PVV’ does constitute funding for Wilders’s party,” Rudd Koole, a political science professor told The Intercept.

In 2014, Freedom Center tax returns submitted didn’t indicate any more than $5,000 in foreign grants given. However, the Friends of the PVV reported close to $19,000 USD received from the Freedom Center for that same year, reports The Intercept.

Furthermore, because the PVV has one member controlling the party, the party is not entitled to receive state election subsidies, thus, the Freedom Center is an important contributor and has been for several years. Back in 2009, when Horowitz’s Center hosted a fundraiser for Wilder, Wilder received an amount to the tune of $75,000. However, in 2009, the IRS didn’t require such donations to be declared.

Horowitz has backed and launched many right-wing campaigns against Islam. One more notable, says The Intercept, is the Frontpagemag.com. This website, The Intercept’s Lee Fang says, “depicts Muslims as terrorists and rapists bent on “infiltrating” the top levels of government and both major political parties. The website pushes a regular flow of content against refugees, calling Muslim migrants carriers of infectious disease and predators with a “violent lust for ‘white’ women.”

The polls predict a sweeping 22 to 26 seats will be won in the next Dutch parliament by Wilder’s far-right nationalist party, but it may be as much as 35.

This isn’t the first time Wilder’s Freedom Party has been in the spotlight for his manner of funding. In Sept. 2014, questions were asked about the nearly 4 million euros that former Freedom Party officials said went missing.

However, at the time, Wilders responded: “A Freedom Party-related foundation receives donations from Dutch and foreign sources, but these are modest amounts of money and certainly never millions.” Essentially confirming foreign sourced Horowitz’s generosity.

This article (The David Horowitz Freedom Center Failed to Declare Funding for Overseas Anti-Muslim Political Party to IRS) is a free and open source. You have permission to republish this article under a Creative Commons license with attribution to the author AnonWatcher and AnonHQ.com.