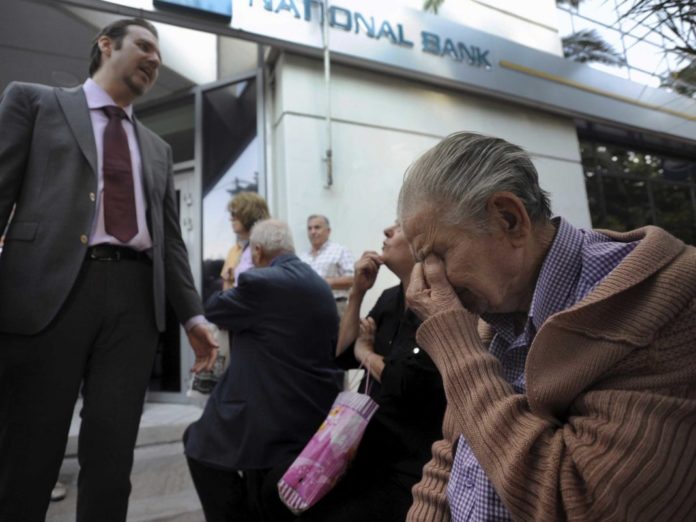 Germany’s announcement that it will not allow debt relief for the troubled EU nation will force Greece to auction off the last of its assets and sign over its remaining sovereignty to the EU bureaucracy.

For the last several years, Greece has been struggling to keep it together. In 2010, Greece was forced to ask for its first bail-out since it adopted the Euro less than a decade before. The subsequent austerity programs decimated the Greek economy. Another bail-out was requested in 2012, which then caused major spikes in unemployment and an explosion of public discontent. Three years later, Greece defaulted to the International Monetary Fund (IMF), becoming the first developed country to do so. Greece’s continuing crisis has caused much economic instability in the Eurozone, but – as Deutsche Bank Research analysts have noted – “we seem to be approaching the conclusion of this episode of the Greece saga.”

With the Greek economy still in ruins and its government still drowning in debt, the government in Athens seems to have few options left, leaving Germany – the EU’s most powerful member – to call the shots as a third bail-out looms. Bavaria’s Finance Minister, Markus Soeder, has announced that he plans to take a tougher stance on the bail-out’s negotiation compared to previous deals, stating that “New billions should only flow when Athens implemented all the reforms. Even then, however, aid should only be given against a pledge “in the form of cash, gold or real estate.”

Essentially, Greece must surrender its remaining assets of real, tangible value in exchange for more Euros to make payments on its massive debt that can never be repaid. Indeed, previous bail-out negotiations revealed that all of Greece’s public property was valued at € 50 billion, a figure which pales in comparison to the price of the necessary loans on debt payments forced upon it by prior bail-outs – an impressive € 90 billion. Despite the obvious fact that this debt is insurmountable for Greece – no matter how much austerity is imposed – all of this assessed public property was forced to be sold per the previous bail-out agreements. This newest plan would take all that remains.

The plan, as announced by Soeder, would continue the forced “voluntary privatization” of Greece – a euphemism for its enslavement to the European Union and its most powerful member states. Since the last two bail-outs, German interests have benefited the most from this privatization, taking control much Greek assets and utilities, such as its airports, ports, marinas and water utilities. Once again, Germany is set to be the biggest beneficiary of the upcoming bail-out along with multinational corporations and other states who plan to partake in the final plunder of Greece.

This article (The Final Pillage: Greece to Surrender Gold, Real Estate, Utilities in Exchange for More Debt and Austerity) is free and open source. You have permission to republish this article under a Creative Commons license with attribution to the author and True Activist.