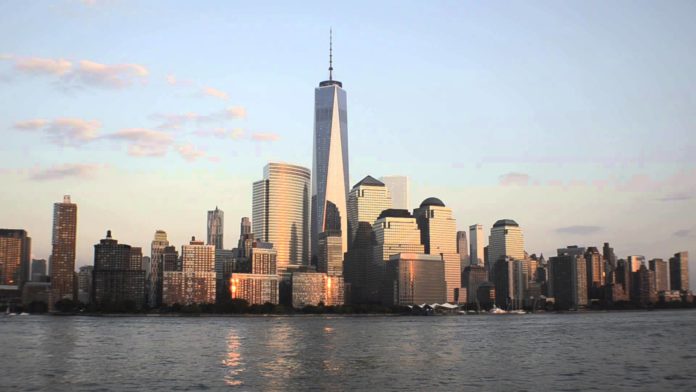 On September 11, 2001, the World Trade Center was destroyed by 19 Muslim hijackers with box cutters, if you believe the official story. Whether or not you believe the official story as was documented in the 9/11 Commission Report is not relevant to this article. What is relevant is that after the destruction that changed America and the world forever, a monument to the tragedy that occurred rose from the ashes in the form of the 1776 foot tall Freedom Tower…and nobody seems to care.

I will admit it. I am an avid 911 truther. At this point, the evidence of controlled demolition is overwhelming. Whether it is the iron microspheres, the red gray chips determined to be undetonated nano-thermite, or the numerous explosions heard in building 7 before either tower fell, to deny the use of explosives involved is to deny scientific observation. Communities such as Architects and Engineers for 911 Truth and Pilots for 911 Truth, have organized thousands of professionals in their respective fields who challenge the official government story. Whether or not one believes the official account of events or not, the one thing that we can all agree on is the need to rebuild our nation. Not long after the towers fell, it was announced that the Freedom Tower would rise in the wake of the destruction. At 1776 feet tall, it would become the western hemisphere’s tallest building. In November of 2014, the Freedom Tower, otherwise known as One World Trade, opened for business, and to this day, this new symbol of hope and revival, has gone largely ignored. In my hours of daily research into 9/11, I realized that not only does no one seem to care about this building of immense significance, but that the mainstream media seems to have ignored it almost entirely. A search for Freedom Tower Grand Opening reveals little with the exception of a slew of articles discussing the numerous delays and projected opening dates going back to 2006. How is it that this symbol of freedom and rebuilding America has gone almost completely ignored by virtually everyone?

In May of 2014, Douglas Durst and the New York Port Authority, the owners of the tower, slashed rents by 10% due to an underwhelming tenant list combined with the rents priced at around $75 dollars per square foot scaring off virtually all potential tenants. The excessive rents were prompted by the ballooning cost of construction from 2.2 to 3.7 billion dollars. Also in May 2014, the State of New York announced that it will rent approximately fifty percent of the space available in the Freedom Tower. The first commercial tenant announced was a Chinese based company called Vantone Industrial. As of the time of opening, the new WTC complex was only 60% occupied, putting additional financial strain in the city of New York, who need to recover the total 7 billion dollars spent on the project.

Why there has been so little attention paid on the rise of the Freedom Tower I can’t say. Why has this new chapter for New York and the nation seem to have closed before it began? Has the mainstream media completely ignored One World Trade in order to keep attention off of the realities of 9/11 and the rising movement demanding truth behind that fateful day’s events? Questions like these are just a few which demand answers, and it’s these answers that will bring us closer to the truth of what happened on that tragic day in September.