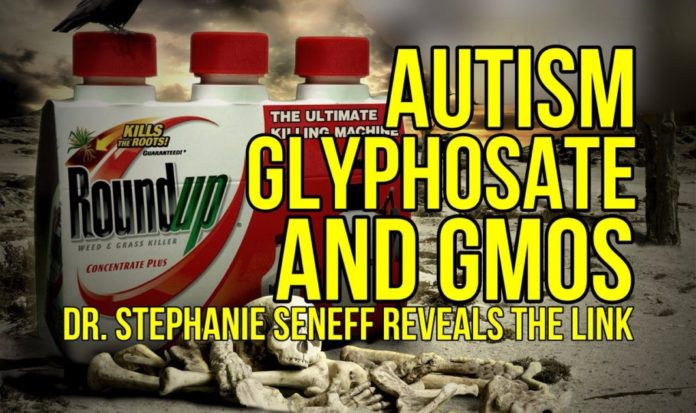 Whether from vaccines laced with mercury or from diet or pesticide use, autism today is vastly on the rise in children. Disturbing figures attributed one in 68 children as having an autism spectrum disorder, according to the CDC in 2014. In 2008 it was 1 in 88, and in 2000, the figure was 1 in 150 for those born in 1992.

The CDC still maintains a 2014 figure as current statistics, placing one percent of the population as having autism spectrum disorder, however, publications suggest the figure is now 1 in 50.

Last year, a study conducted in Sweden concluded those with an autism spectrum disorder have a life span of “54 years, compared with 70 for matched controls.” Those with ASD tend to also suffer depression, suicidal tendencies and/or seizures ranging from very mild to debilitating. The statistics point to our children today as sicker than they were comparatively a generation ago, noted a Pesticide Action Network North America (PANNA) report in 2012.

“Children today are sicker than they were a generation ago. From childhood cancers to autism, birth defects and asthma, a wide range of childhood diseases and disorders are on the rise. Our assessment of the latest science leaves little room for doubt; pesticides are one key driver of this sobering trend.”

The worrying trend of our children becoming sicker highlights the need to find the cause, particularly if it is environmental. Research suggests autism goes far beyond genetics, but rather, encompasses multiple factors of toxins and pharmaceuticals.

One likely candidate for the rise in autism is the agricultural use of pesticides over the last few decades. Dr. Stephanie Seneff, a senior researcher from The Massachusetts Institute of Technology (MIT), stated recently “At today’s rate, by 2025, one in two children will be autistic.”

In other words, in less than 10 years, every second child born will have some form of autism.

Dr. Seneff has also published a paper outlining different disorders such as endocrine disruption, cancer, dementia as well as autism as being linked to the use of Monsanto’s glyphosate, the “probably carcinogenic” herbicide according to the WHO.

Dr. Seneff asks the important question when considering associated conditions with autism, such as serotonin and melatonin deficiencies, disrupted gut bacteria and impaired sulfur metabolism, saying these are the “bio-markers of autism.” She asks:

“Is there a toxic environmental substance that has been on the rise since 1980 and that could account for these comorbidities?”

The answer is: Yes. The second answer according to the MIT researcher is glyphosate.

A damning graph shows the specific correlation between glyphosate use and autism diagnosis from 1990 through to 2010.

Main toxic effects also point to the comorbidities of autism and glyphosate side effects, including the killing off of gut bacteria; melatonin and serotonin deficiency; low sulfate; vitamin D deficiency and impaired immune function, and low-grade inflammation of the brain.

As per the report Dr. Seneff has authored, senile dementia is also documented as rising in correlation with the use of Monsanto’s glyphosate.

Despite the evidence, Monsanto continues to claim that glyphosate is safe. Although the correlations that Dr. Seneff have demonstrated are not indicative of glyphosate being the one and only cause, the statistics are damning.

“It is commonly believed that Roundup is among the safest pesticides. This idea is spread by manufacturers, mostly in the reviews they promote, which are often cited in toxicological evaluations of glyphosate-based herbicides. However, Roundup was found in this experiment to be 125 times more toxic than glyphosate. Moreover, despite its reputation, Roundup was by far the most toxic among the herbicides and insecticides tested. This inconsistency between scientific fact and industrial claim may be attributed to huge economic interests, which have been found to falsify health risk assessments and delay health policy decisions.”

Comprehensive scientific research is conducted routinely on the consequences of glyphosate use in agriculture, autism and the environment.

While our children continue to get sicker, Monsanto continues their stranglehold on agriculture.  Minuscule amounts of solid evidence, as scientists say we have, should be enough to shelve Monsanto’s roundup until facts establish otherwise.

The chance of having half of the children born in 2025 onwards as having autism should be enough of a warning to do so.

This article (The Link Between Glyphosate and Autism) is a free and open source. You have permission to republish this article under a Creative Commons license with attribution to the author AnonWatcher and AnonHQ.com.