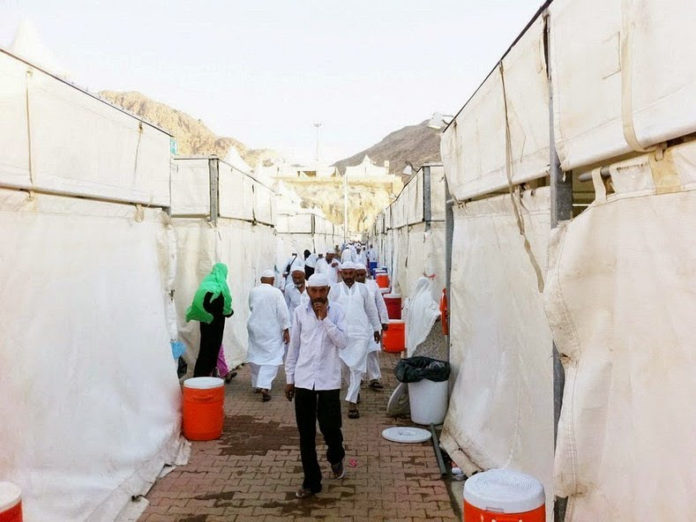 After it was revealed that Saudi Arabia has over 100,000 empty, air-conditioned tents that could house up to 3 million refugees, and that it has not taken any Syrian refugee despite being a rich Gulf nation, the country faced global condemnation. We too fell for the media lie.

After an official source in the Saudi Ministry of Foreign Affairs reacted strongly to the ‘false and misleading accusations’ and issued a statement saying that the country has received around 2.5 million Syrians since the start of the conflict in their country, we decided to investigate both the claims.

Saudi Claim: The Kingdom has received around 2.5 million Syrians since the beginning of the conflict in 2011. The Kingdom has adopted a policy not to treat the Syrians as refugees, or place them in refugee camps “in order to ensure their dignity and safety” (because terrorists could hide themselves among civilians). Over 100,000 Syrians have been given legal residency status with the rights to receive free medical care, to join the labor market and to attend schools and universities. According to government statistics, the public school system has accepted more than 100,000 Syrian students.

Our Findings: Saudi claims may be valid.

Media Claim: Saudi Arabia has been largely unresponsive to the crisis.

Saudi Claim: The Kingdom’s efforts were not limited to accepting Syrians after their crisis; it also extended its efforts to support and care for millions of Syrian refugees in neighboring countries such as Jordan, Lebanon and others. The aid provided by Saudi Arabia to the Syrian people totals around $700 million. Humanitarian aid provided to Syrians by the Kingdom consisted of food, medical, academic, residential supplies and included the establishment of Saudi specialized clinics in refugee camps, especially at Zaatari Camp in Jordan.

Our Findings: The Government of the Kingdom of Saudi Arabia, in association with the Office of United Nations High Commissioner for Refugees (UNHCR), started the Saudi National Campaign to Support the Brothers in Syria in 2012 and established 57 relief programs and projects for the displaced Syrian people in Jordan, Lebanon and Turkey, as well as those displaced inside Syria, at a total cost of SR 428,860,814 ($114,362,884). Last week Saudi officials offered to build 200 new mosques in Germany to accommodate Muslim refugees. Media Claim: More than 100,000 empty air conditioned tents, which can accommodate over 3 million, have been discovered in the city of Mina, 2,150 miles from Syria. The tents are used only for 5 days in a year by Hajj pilgrims. The country is therefore finding excuses not to grant refuge to the Syrians. Saving people’s lives should be given priority over Hajj.

Saudi Claim: A former media aide to Prince Turki al Faisal, Jamal Khashoggi claims the reason is purely economic. At about 11% of GDP, or roughly $80 billion, the public-sector wage bill in Saudi Arabia is high by global standards and productivity has been falling or stagnating. Saudi economy, thus, cannot tolerate hosting refugees anymore who turn into residents.

Our Findings: According to the IMF, expatriate workers are currently about a quarter of Saudi Arabia’s population of some 30 million and about three-quarters of the private-sector workforce, of which 85% is deemed to be low-skilled. That may be the reason why the government wants to keep the tents empty rather than fill them with refugees that may put extra burden on their economy. According to Amnesty International, Turkey, along with other Islamic countries – Lebanon, Jordan, Iraq and Egypt – hosts 97% of Syria’s refugees. Saudi Arabia claims to have exceeded its capacity to shelter refugees; however, since it annually receives millions of pilgrims in Mecca and has a lot of experience in expatriate management, there is no reason to discontinue using its experience in a more humane manner.

This Article (The Truth About Saudi Arabia Not Accepting Syrian Refugees [Investigative]) is free and open source. You have permission to republish this article under a Creative Commons license with attribution to the author and AnonHQ.com.